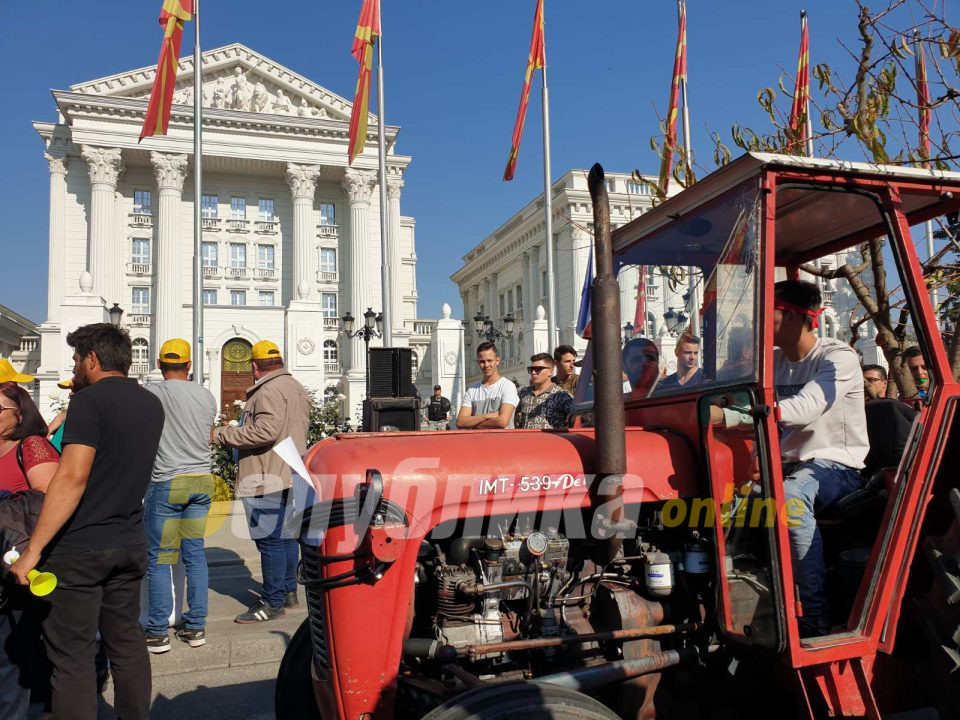 Professional drivers who are dissatisfied with the long wait at border crossings are protesting today. This weekend, the winegrowers from Negotino protested with an announcement of further protests if there is no solution, and a date and place for the protest is also expected from the sheep farmers due to the non-received subsidies.

The independent trade union of Macedonian professional drivers reacts to the fact that kilometer-long queues are created at the border crossings, which is why damage also happens – be it because of spoilage of some goods, or due to non-compliance with deadlines.

We ourselves, the professional drivers, have to compensate for the damages, and so do the transport companies. This is already a decades-old problem and we must find a solution. Why should we pay for someone else’s negligence?, Marjan Stevkovski, president of the independent union of professional drivers told “Alfa.”

As every year, this year too there is a big clash between the interests of the growers and the wineries, and the biggest buyer “Tikvesh” is at the center of the events. Growers have accused monopoly and low buying prices after the winery released its buying price list for this season.

The sheep farmers, who have announced a protest, are also angry. Sheep farmers are outraged because there are still no subsidies for 2021.