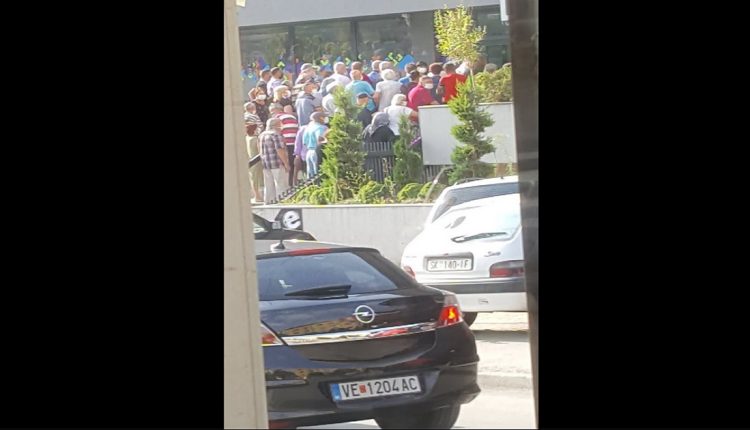 Long lines are developing in front of Eurostandard Bank branches, but also in front of other banks, as citizens are trying to open new accounts.

Eurostandard collapsed last week after a long period of mismanagement which owner Trifun Kostovski blamed on the top management he said were planning to weaken the bank for the benefit of a different bank interested in take-over. Eurostandard is a relatively small bank but it has a strategically important and lucrative contract with the Macedonian Post Office, effectively allowing it to conduct transactions even in the smallest towns in Macedonia. This makes it the first and often only choice for hundreds of thousands of citizens who need to make payments, collect their salaries or retirement incomes. It’s estimated that it conducted up to a quarter of all such basic transactions, despite its small size in terms of deposits and credits.

As a result, hundreds of citizens are now forced to quickly take out accounts in other banks, leading to long lines in front of the branches.