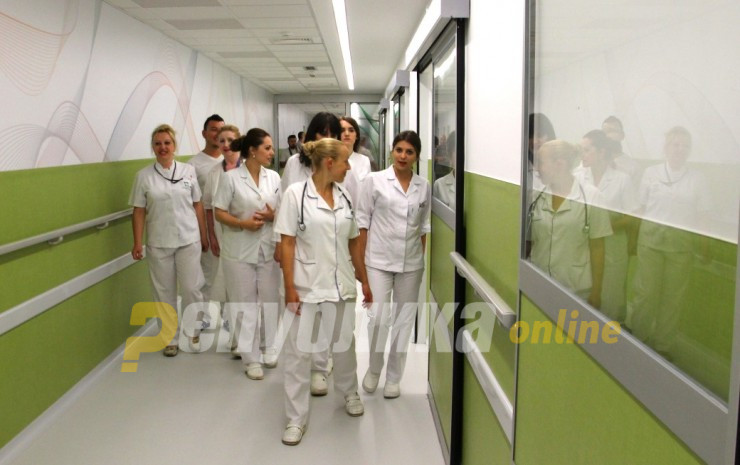 The Association of Young Doctors and Specialists warns that the exodus of doctors out of Macedonia is increasing to such levels that annually, the number of doctors leaving the country has reached the number of new medical school graduates.

By the end of 2019 Macedonia will have 4.700 active doctors, 22 percent less than the EU average, with a disastrous regional distribution. Between 2010 and 2018, 1.200 doctors left the country and the numbers increased 20 fold between 2006 and 2015. Only in the three first months of 2019, 83 doctors asked for supportive documents to leave Macedonia for work abroad. Some 200 students finish the Medical Faculty each year, same as the number of doctors who leave the country annually, the ASML association said.

According to the association, the reason for this exodus can be found in the low salaries doctors receive in the public sector which averages at 26.000 denars (425 EUR). And even these jobs are distributed in an non-transparent procedure, with the hiring commissions allowed to make discretionary decisions which can often favor the politically connected applicants.

Prime Minister Zoran Zaev was recently forced to admit that his promise to quadruple the salary of doctors to 100.000 denars will not be materialized any time soon.

The connection between the Prosecutor’s Office, the court and SDSM does not end even during the local elections. Katerina Tundzeva is on the list of councilors of SDSM for the Municipality of Karpos. Her name is not known at all, nor does it attract attention. But she is the daughter of Boris...
Macedonia 25.09.21 | 10:20