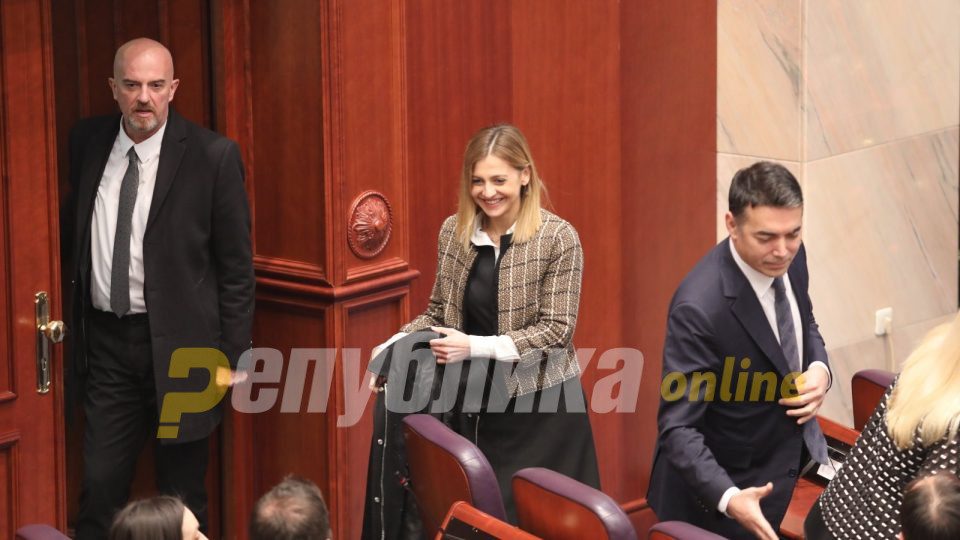 Finance Minister Nina Angelovska again raised the prospect of cutting salaries in the public sector. Angelovska sad that there are 9.000 newly unemployed people in the private sector, their jobs lost due to the coronavirus epidemic, and asked that the public sector shares part of the burden of the crisis.

There are 2,000 jobs lost in March and 7.000 in April. A portion of the burden born by the private sector, who may have wage cuts or have lost their jobs in his period, should be born by all, especially if we consider that the public administration has a reduced workload. From a financial aspect we had cuts and re-allocations among budget users, and this can help the private sector. The private sector generates tax revenue which are now down by 31 percent – that’s the money used to pay the salaries of the public administration, Angelvoska said.

The Government rejected the initial proposal from SDSM party leader Zoran Zaev to cut public sector wages down to the minimum wage of 230 EUR for two months. The SDSM party then adopted a decree to cut the salaries of 2.000 best paid public sector officials down to the minimum wage, but the Constitutional Court was having none of it and the judges voted unanimously against cutting (their) salaries and declared the decree unconstitutional. With even this symbolic measure out, Angelovska is left facing a budget shortfall she estimates at between 700 million and 1,3 billion EUR, and a GDP drop of 3,4 percent.

Her proposal is that cuts to the public sector salaries are diverted toward subsidizing salaries in the private sector.