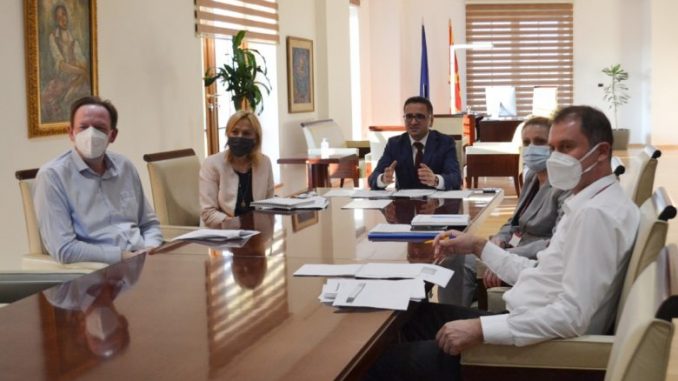 Finance Minister Fatmir Besimi in his first online meeting with IMF Mission Chief to Macedonia, Bergljot Bjornson Barkbu and IMF Resident Representative of the Western Balkans, Stephanie Eble discussed the COVID-19 crisis and its impact on the Macedonian economy.

Talks also focused on the series of measures prepared in cooperation with all economy stakeholders and in consultation with the World Bank and the International Monetary Fund (IMF), said the Finance Ministry.

To alleviate the effect from the coronavirus crisis will be top priority, said Besimi, adding that efforts will be also made to provide solid foundation for economic recovery and maintain macroeconomic stability.

He announced that the work of institutions and the implementation of planned projects for the given year will be monitored before a decision is made on how much funds should be awarded the next year.

He said the focus will be on attracting finances in our economy from external financial sources and reviewing opportunities to mobilize free finances from the domestic financial market all the while maintaining financial and monetary stability in the economy in coordination with the National Bank, said the press release.

If policies backed also by the Euro-Atlantic integration are successfully implemented, the Minister noted he expected in the coming years average growth to double, meaning that in the most successful years the psychological limit of growth over 4 percent can be exceeded, said the Finance Ministry.