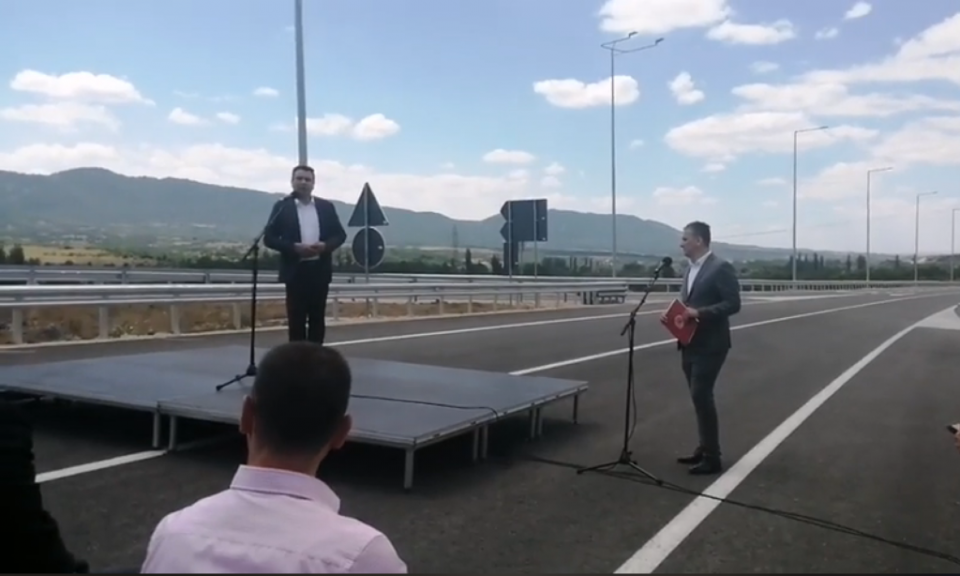 Newly-constructed first phase of Stip-Radovis expressway at length of 23 km has been inaugurated Friday in a ceremony attended by country’s top officials.

Prime Minister Zoran Zaev emphasized that the opening of this expressway is a historic moment for all citizens from Stip, Radovis and Strumica, but also for the whole eastern Macedonia, because, as he said, travel time is twice shorter. The first phase, he said, was completed on April 22 this year, ahead of schedule, in the midst of a pandemic.

He said he believed that the second phase will be put into use in September 2022. The total projected length for the complete expressway is 40.46 km, worth around 60 million euros. He announced that in the coming period there will be major investments in road infrastructure worth 1.6 billion euros nationwide.