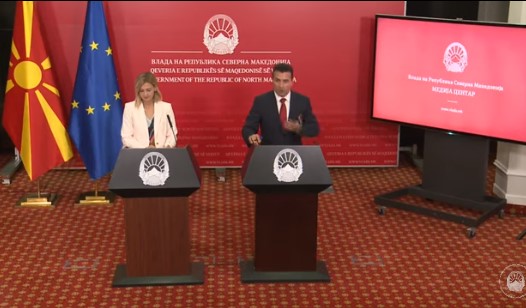 Branimir Jovanovic, who was until recently a high level adviser in the Finance Ministry, denounced the Prime Minister Zoran Zaev’s flagship proposal in the new draft budget – to extend subsidies to companies who increase the salaries of their employees.

The measure was seen as pre-election populism by the opposition, and an attempt by Zaev to artificially keep his promise to bring the average wage to 500 EUR. But now it’s criticized by the reliably left wing and SDSM party supporting Jovanovic.

The proposal would have worked if it applied only to employees earning who have low wages, say lower than the average wage. Why should the state subsidize a manager who now gives himself a raise. It should only apply to companies with low profit levels – why should the state subsidize a bank making tens of millions in profits? The companies should have to be obliged to keep the higher level of salaries after the subsidies expire (otherwise, the new, higher salaries, would drop as soon as the funding stops), Jovanovic said.

He resigned his post shortly before Finance Minister Dragan Tevdovski was replaced as part of Zoran Zaev’s “purge”. Zaev planned to run the powerful department himself, but after he was warned that it would be illegal for a Prime Minister to also serve as a Minister, he opted to nominate the young manager of a internet discount company.

Both Zaev and the newly appointed Finance Minister Nina Angelovska, who presented the proposal, could benefit from the subsidies. Zaev’s family manages a string of food processing and construction material plants, where employees are paid far below the projected average wage, and Angelovska was accused of paying a portion of the salaries in her e-commerce company in cash, avoiding the hefty salary taxes.