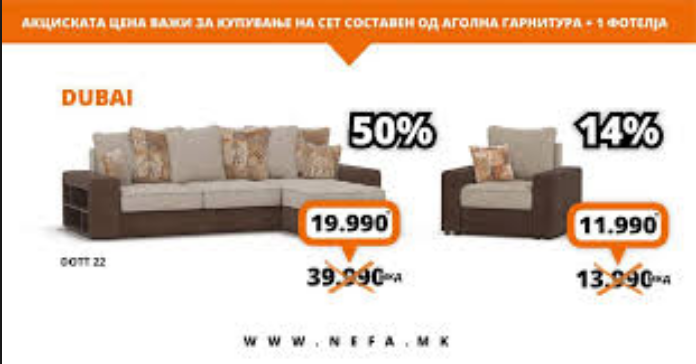 A Russian furniture company named Spilit, which operates under the name Nefa in the Balkans, shut down its operations in Serbia and left customers in Macedonia, who paid for its products, stood up.

Nefa had a dozen of stores across Macedonia, the latest opening as recently as a year ago.

Only in Gostivar there are 160 clients who were robbed, one of them told local news sites.

Spilit operated production lines in Serbia with 500 employees, but recently shut them down and apparently has no intention to honor its obligations to the buyers.