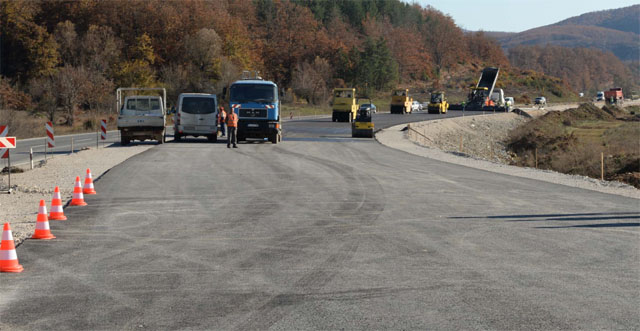 Zoran Kitanov, the head of the Macedonian Roads company, insists that work on the Kicevo – Ohrid highway is proceeding at a high pace and that the huge increase in price was necessary.

The highway is one of the two major Chinese funded projects in Macedonia, which the currently ruling SDSM party condemned as corrupt and even wrongly executed during its Colored Revolution protests. Work on both this highway and the smaller Skopje – Stip highway stopped immediately after SDSM took over the Government in 2017, and SDSM officials cited a wrongly designed route. Eventually new talks with the Chinese Sinohydro company were held and the cost of the highway exploded from 500 to 684 million EUR. But recently, a statement from SDSM official Blagoj Bocvarski caused outrage when he acknowledged that the original route was correctly planned, sparking questions in the public where did the extra 180 million EUR SDSM will pay go to?

Kitanov said that these additional funds will also be loaned from China and will be used for “unforseen” developments related to the Preseka tunnel, the highway exits annd to build an alternative road along a portion of the route.

We have 16 reviews of the highway from the Construction Faculty in Skopje and we had four other prepared before, and we are approaching the build from a broad front, Kitanov said, citing this as a reason for the lengthy delays.

Following the publication of the threatening audio tape, VMRO official says that the Agriculture Ministry is operating as a mafia association