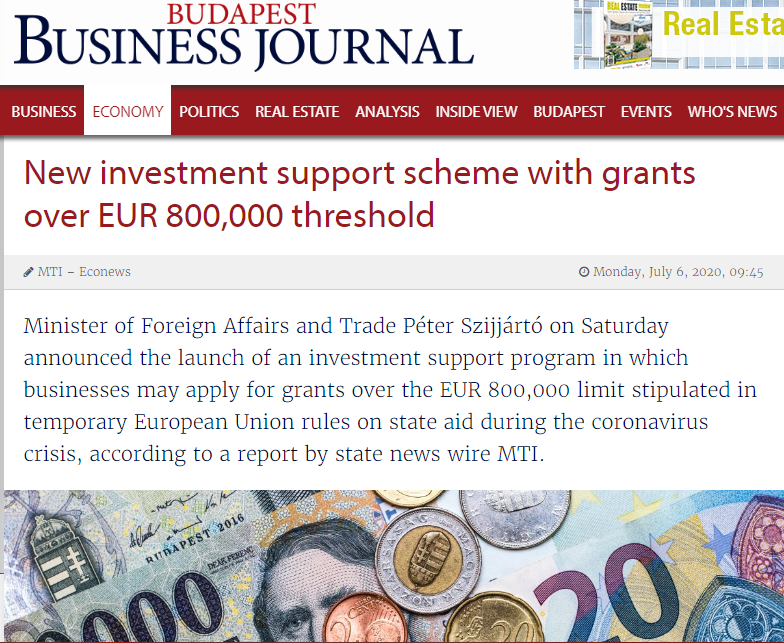 Minister of Foreign Affairs and Trade Péter Szijjártó on Saturday announced the launch of an investment support program in which businesses may apply for grants over the EUR 800,000 limit stipulated in temporary European Union rules on state aid during the coronavirus crisis, according to a report by state news wire MTI.

Under the scheme, companies may apply for grant money covering up to half of costs for investments over HUF 560 million (EUR 1.6 mln), Szijjártó said.

He noted that the government had reached an agreement with the European Commission on lifting the cap on state aid for investments that preserve jobs. Applications for the grants will be accepted from the coming week, he added.