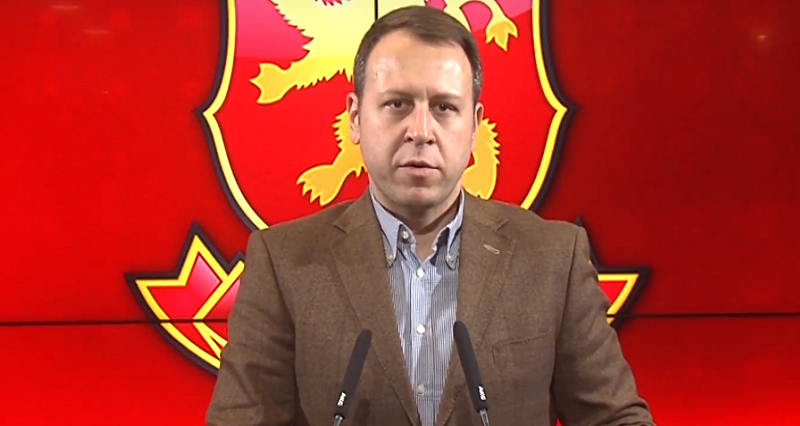 VMRO-DPMNE Secretary General Igor Janusev demands answers from the Zaev Government after media reports that a major debt write off was given to the Russian owned TE-TO energy company.

TE-TO was selling energy at a large discount and was doing this through EDS, a company which was then owned by Deputy Prime Minister Koco Angusev. This is at the very least a hugely suspicious case, in which Zoran Zaev’s criminal Government agreed to write off 20 million EUR in debt owed by TE-TO, Janusev said.

According to the top official of the opposition party, the decision was made by the Government despite the fact that TE-TO was under a criminal investigation. Janusev said that the case was given to prosecutor Vilma Ruskoska, known for her loyalty to the Zaev regime.

According to the media reports, TE-TO filed for bankruptcy in 2018, which allowed the company to default on nearly 30 million EUR in debt to the Toplifikacija central heating company and received a write off of 20 million EUR from the Government. The natural gas fired plant is owned by Russian citizens, through a Cyprus based company.