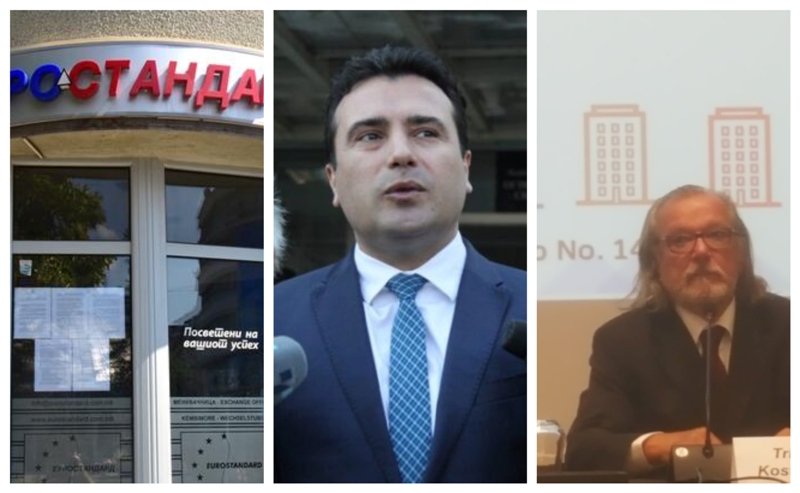 Trifun Kostovski emphasized that he does not back down from the previously given statement that companies close to SDSM and the former prime minister took loans from Eurostandard Bank.

The owner of Eurostandard Bank, Trifun Kostovski, at the presentation of today’s report on the causes of the bank’s collapse, pointed out that three million euros of the purposely given deposit from Eurostandard Bank to Komercijalna Bank, which cannot be repurposed or used for other purposes without the approval of the Supervisory Boards of the two banks, were used illegally.

According to him, the institutions that should work in the service of the interests of citizens’ rights are placed in a cliché that resembles a crime.

According to the report, the scheme worked in such a way that a certain bank identified companies willing to give away their business accounts, to which the bank then paid certain amounts based on fictitious credit agreements, and then those companies formally loaned those amounts to other companies, exclusively at the choice of the bank. In a similar way, these funds were then returned to the bank.

In the coming days, Trifun Kostovski will respond to the National Bank, Komercijalna Bank and the Public Prosecutor’s Office