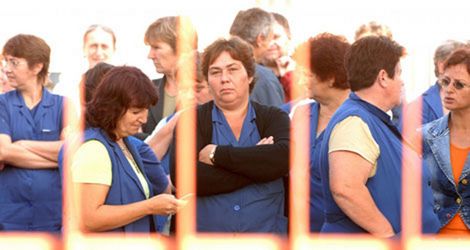 Following a complaint from textile factory owners that their business is suffering from the large number of mandatory public holidays, the leftist Levica party has called for the take-over of their plants by the Government. The industry, which has historically employed many thousands of mainly women in smaller towns, for low pay and in poor conditions, is already badly hit as the blue collar workers leave for better paid jobs in the growing automotive sector, or even abroad and are also pressed by the frequent minimum wage hikes. They publicly asked the Government to relax the regulations on the textile industry if it is to survive its competition with the Asian countries.

Are they not satisfied with the profits they are piling up through exploitation of the workers but now they also want subsidies. Let’s not cry crocodile tears about the lost profits of the bosses and their lost jeeps and private planes. Levica demands the strictest fines imaginable for any factory owner who fires his workers against the law and that the factories that are temporarily closed as the result of their complaints are SEIZED and reopened with public funds. The bosses need to learn once and for all that this type of behavior is not acceptable, the small far left party said in its pres release.

Levica considers the census forged after the massive boycott of 300,000 citizens