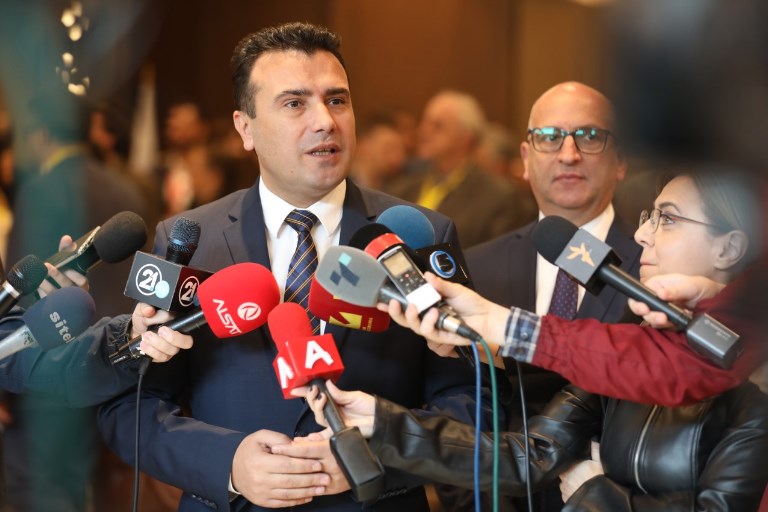 At Thursday’s marking of the 25th anniversary of the establishment of Macedonian-Russian diplomatic relations, outgoing Prime Minister Zoran Zaev said that Macedonia, along with Serbia, remain the two countries that will not follow EU policy and impose sanctions against Russia and will not follow the example of Montenegro and Kosovo.

There is room to sell our agricultural products directly to Russia, not having the documentation going through Serbia. Any market that has so far not been open to us can contribute to our growth by increasing our exports to that country, the outgoing Prime Minister said.

He added that Macedonia would co-operate with Russia, China and countries in the Middle East and Asia, but that it would not affect the focus on NATO and EU membership. He says opening a dialogue with Russia is not Macedonia’s response to Brussels after its reluctance to give the country a date for accession negotiations.