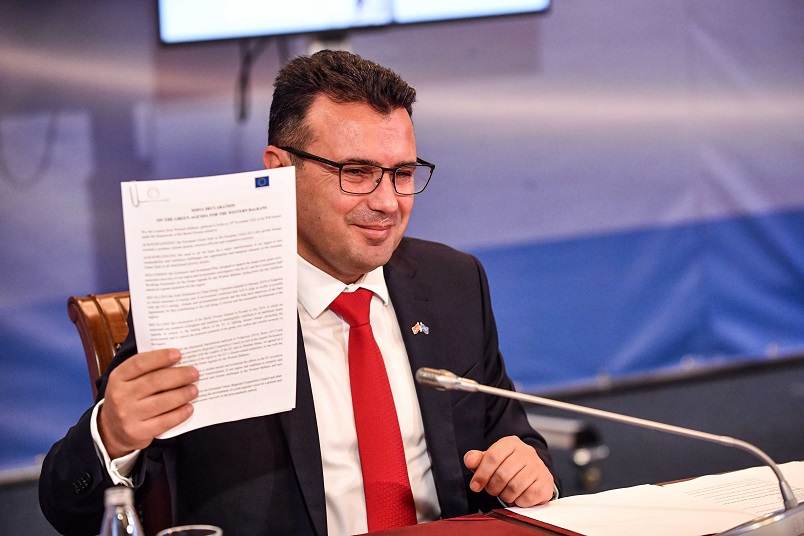 This Government has proved its Euro-Atlantic commitment but serves the people’s interests first and foremost, said Prime Minister Zoran Zaev, answering the question of the MP of the Alliance of Albanians and Alternativa, Halil Snopce why Macedonia did not join the EU economic sanctions against Russia.

From 2016 until now, the Republic of Macedonia has joined all statements, declarations, measures and sanctions adopted by the EU, including those against Russian citizens and legal entities. The current rate of accession of the Republic of Macedonia to the positions, measures and declarations of the EU, ie compliance with them, is 94 percent, and by 2016 it was 74 percent, said Zaev.

He stressed that the country has, among other things, joined the EU decisions condemning the downing of the Malaysian plane over the territory of Ukraine, the conflict between Russia and Georgia, the threat to Ukraine’s territorial integrity and sovereignty, the Russian cyber attacks on entities in the EU and the assassination attempts of Russian opposition leader Navalny and former agent Skripal, with the country even expel a Russian diplomat in solidarity with Britain.

We are a candidate country for EU membership, but we are not a member. It is in the interest of the citizens and the state, if we do not have to do something, not to do it. And apart from all that I have said, we have not joined the economic measures towards Russia, because we have a serious interest in economic cooperation with Russia. We are a NATO member country and for us there is no alternative to the EU, but our country has an interest to be friends with the rest of the world, said Zaev.