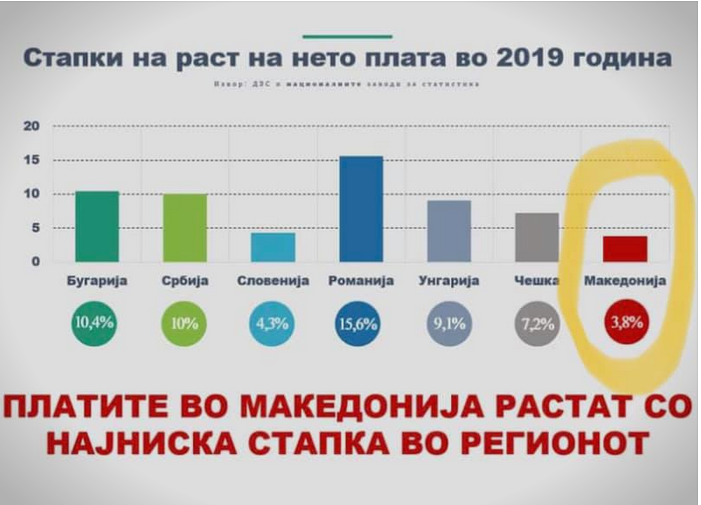 A series of bad news came about Macedonia – The Economist ranked Macedonia in countries with a hybrid regime, and the country noted a 13-point drop in Transparency International’s corruption perceptions ranking, followed by ESI’s prediction that that Western Balkan countries, including Macedonia, will join the EU in 2030 at the earliest.

The next piece of news that arrived is that Macedonia had the lowest wage growth in the entire region in the last year. The information is from the Macedonian SSO in coordination with the regional national statistical offices.

Our country is last with only 3.8% growth. By comparison, neighboring Bulgaria has a 10.4% increase in average wages in 2019.

Macedonia has almost the lowest average wage in the Balkans

Average salary in January was MKD 24,517