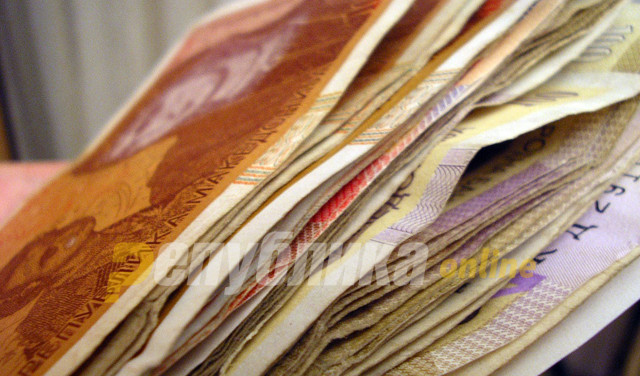 The Macedonian Central Bank (NBRM) said that online based currency exchange sites are not a relevant source of information about the value of the denar and insisted that it is protecting the peg to the euro.

NBRM estimated the median denar rate at 61.69 to the euro but open exchanges yesterday had it at around 63.5.

The only relevant exchange rate where the citizens and companies should follow the course of the denar is the rate we publish on our web site. That reflects the supply and demand on the domestic currency market, the Central Bank said in its press release, adding that its forex reserves used to prop up the denar are twice they were during the 2008 global financial crisis.

NBRM also called on the media outlets and the public to report carefully and be aware they can spark negative developments on the market. Macedonia’s economy is expected to contract strongly due to the coronavirus epidemic and some of the main sources of hard currency in the country, such as the large car parts manufacturers, have closed temporarily. SDSM party leader Zoran Zaev warned that budget revenue could miss projections by as much as 60 percent, leaving a two billion EUR hole.

After months of delay, Central Bank accepts another part of the VMRO-DPMNE economic proposals

Governor Angelovska sees a quick recovery in 2021, assures the public that the denar is stable