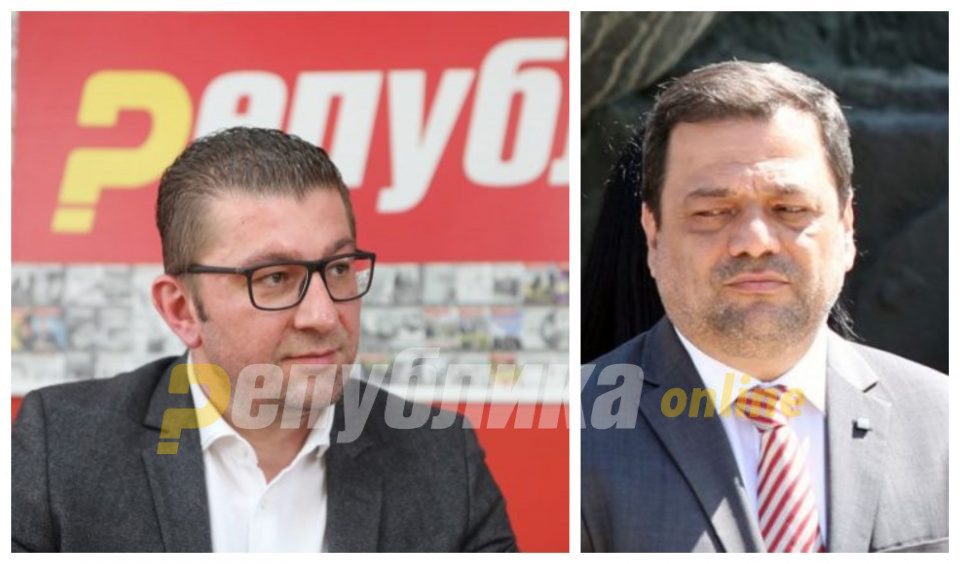 After Zaev’s point man on the economy, Deputy Prime Minister Koco Angusev, tried to put a positive spin on the disastrously poor FDI results in teh first quarter of 2019, VMRO-DPMNE President Hristijan Mickoski responded to Angusev’s numbers, but also to his insults hurled toward the opposition party.

Angusev tried to defend the results by pointing to different portions of the statistics provided by the Central Bank, claiming that many foreign direct investment companies had revenue but were still waiting to be paid by their customers, and went personal in his comments aimed against Mickoski as well as against former VMRO leader Nikola Gruevski. It was in Gruevski’s time that most of the dozens foreign manufacturing companies who now operate in the country came to Macedonia, and they provide the backbone for the economic growth, soaking up the blue collar workforce.

Mickoski responded to Angusev by asking the “elder professor” if he would like to be compared to his political patron Zoran Zaev, reminding Angusev of Zaev’s track record of corruption and authoritarianism.

I hope you are not in such full alignment with your superior, the person who we all saw asking for 1EUR per square meter in bribes, you threatened he will be “eating people alive”. I’m your younger colleague and I hope you will accept my criticism. I’ve known you for a long time and I would suggest you stop playing the role in which you are now cast as it is not in line with your nature, at least as I knew it before you went into politics. In short, the point is that you don’t have a problem with me, you have a problem with the miserable 21.6 million EUR in net foreign investments over three whole months. This is the figure provided by an official institution. And don’t listen to those who advise you to respond to this number by recalling Nikola Gruevski. You’ve been a Deputy Prime Minister for a third year now, Mickoski responded to Angusev.