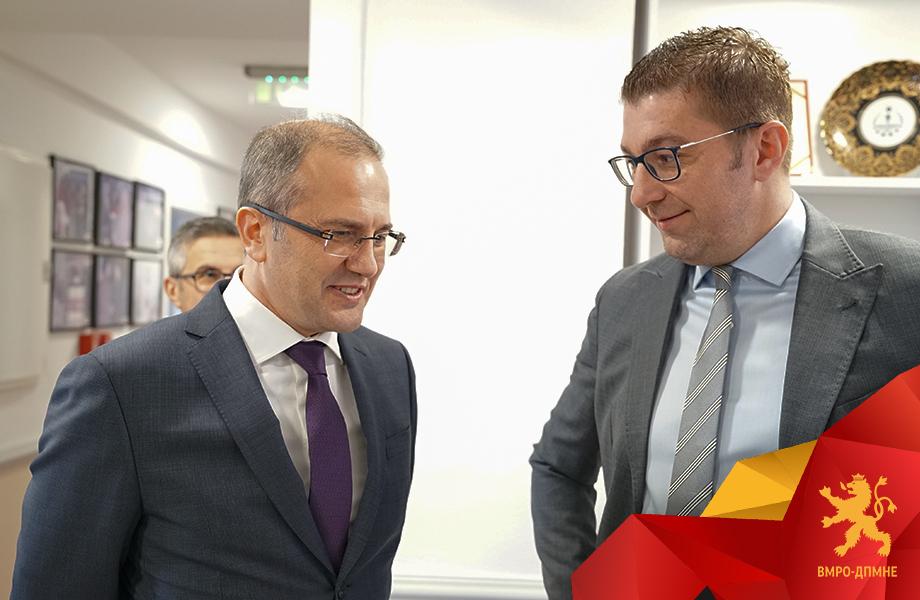 VMRO-DPMNE leader Hristijan Mickoski met Tuesday with MATTO President, Ajdovan Ademoski. Mickoski thanked the President of the Macedonian-Turkish Chamber of Commerce for the opportunity for the opposition to present the policies and projects it plans to implement as a future government in Macedonia.

This meeting is extremely important for us because according to what the Macedonian public knows, or maybe still does not know, it is fact that the companies that are part of this chamber have more than 2 billion euros of investment, more than 10,000 employees are practically part of companies that are part of the Macedonian-Turkish Chamber of Commerce. A fact which in itself is impressive, a fact which in itself means a lot, said Mickoski.

He added that the commitment of VMRO-DPMNE is the relations of the future government led by VMRO-DPMNE, together with all the chambers of commerce, including the chamber of commerce between Macedonia and Turkey, to deepen, intensify and why not talk about double-digit investment figures from Turkish investors here in the Republic of Macedonia and why not talk about 2 to 3 times more employees who will work in the companies that are part of this business association.

It is truly an honor and pleasure for me to be able to speak today with experienced entrepreneurs, businessmen, people who have left a significant mark on the Macedonian economy. Something we hear we expect to be part of our program just as we heard from other chambers of commerce where, as President Ajdovan said, I expect a fruitful and truly quality meeting today at the meeting, said Mickoski.