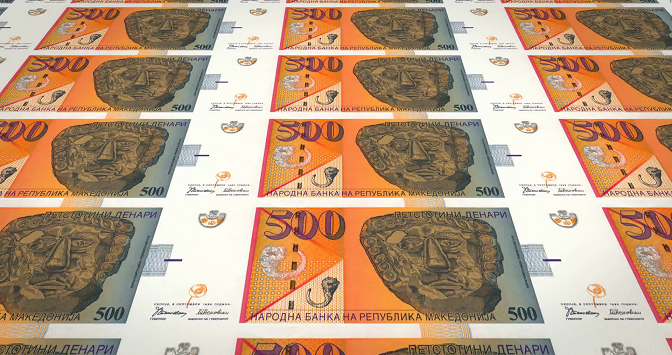 VMRO-DPMNE President Hristijan Mickoski blasted the move from the SDSM led Government to use its executive powers, given to it because of the state of emergency, to order that the imposed name “North Macedonia” is added on the currency.

There are many dubious decisions made by the Government, not just this one. I can’t comprehend that, at a time of a pandemic, when we are fighting for the lives of our citizens, that we are dealing with ancillary issues that nobody is even asking us to do. Even if we read that treaty as it was signed, we are only expected to change the currency within five years since the opening of the relevant EU accession chapter, in this case the chapter on economy and monetary policy. Instead of working to save lives, to protect those in the front lines, the Government is crossing over every line imaginable. But, a new parliamentary majority will be in place, and it will all be re-examined, Mickoski said during a joint press conference with Hungarian Foreign Minister Peter Szijjarto.

After the outrage sparked by this decision yesterday, the Central Bank said that the move to begin introducing 10 and 500 denar bills with the imposed name was planned shortly before the epidemic and was supposed to happen in the first half of the year. The NBRM bank insists that the change adopted by the Government is of technical nature.

Mickoski: Zaev is clearly prepared to accept any request put forward by Bulgaria