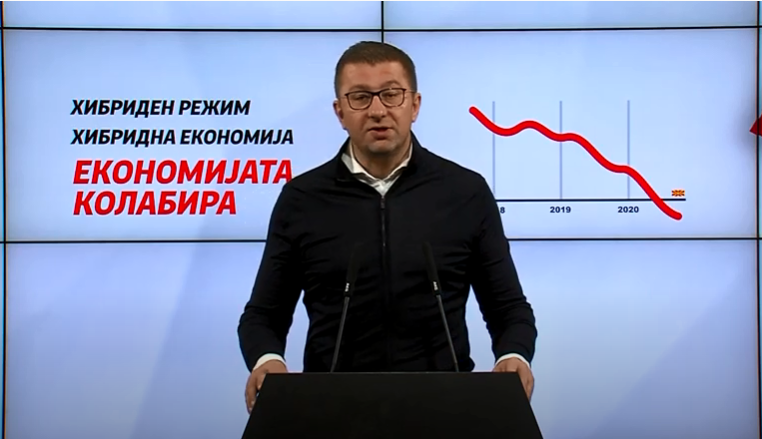 VMRO-DPMNE President Hristijan Mickoski accused the SDSM led Government for the dire economic consequences of the coronavirus epidemic, as Macedonia is the only Balkan country that failed to put the virus under control. Mickoski called that the stimulus measures are extended and repeated his call that the Committee on infectious diseases resigns, because of its open partisanship displayed in the past weeks.

All countries around us defeated the crisis, and we alone stand as a Balkan Wuhan, with statistics that are as bad as at the beginning of the crisis. I will leave experts to comment on the epidemic in more detail, but I will point to the dramatic drop we are experiencing in the economy, Mickoski said.

The opposition leader pointed to the serious drop in exports that amounts to 60 percent in April, and 21,5 percent for the entire first quarter of the year. Mickoski also compared the GDP growth in the first quarter, which amounted to barely 0.2 percent, to neighboring countries, all of whom had far better rates, even under the epidemic.

The Government needs to extend the stimulus measures beyond May. We will need a healthy real economy in the coming months, Mickoski said.