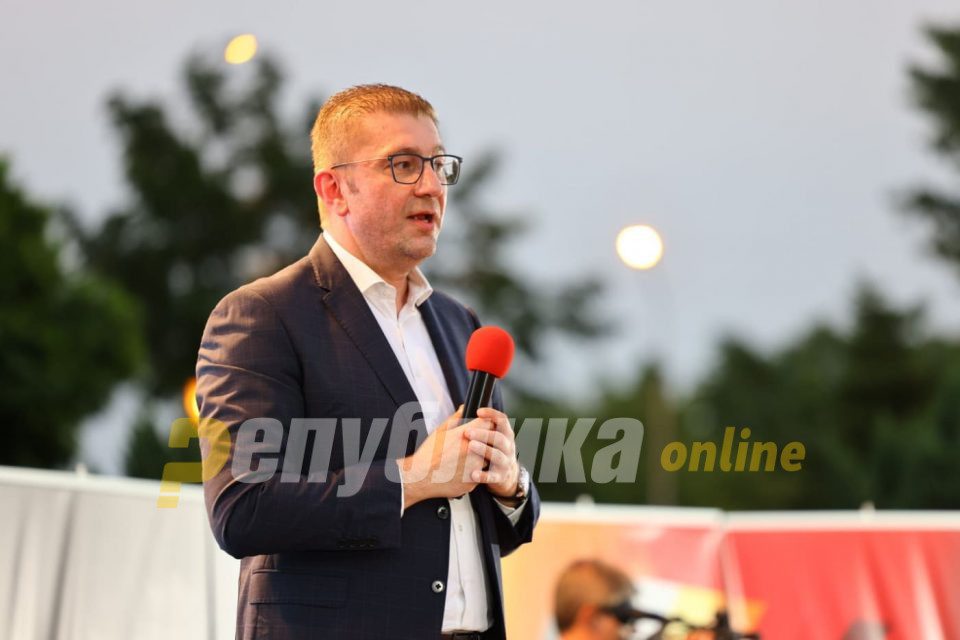 Ahead of the event in Bitola on the occasion of 31 years since the establishment of the Bitola Municipal Committee last night, VMRO-DPMNE, Hristijan Mickoski leader said regarding the announcements for cheaper electricity that electricity is not getting cheaper, but more expensive, and the government did not accept all amendments of VMRO-DPMNE, so the VAT reduction was limited only for this year.

Electricity is not getting cheaper, but more expensive, the VAT we proposed here in Bitola was reduced, and that was the only way for the citizens not to receive higher electricity bills, unfortunately the government decided to limit it to one year, although we proposed several amendments that depended on the price of electricity that the Regulatory Commission adopts each year, and unfortunately the ruling majority did not support any of those amendments, but at least this year we will have reduced VAT, pointed out Mickoski.

He said he expected a new wind on the political scene and a new parliamentary majority after the local elections, and hoped that the ruling majority would not be able to manipulate the price of electricity in this way next year.