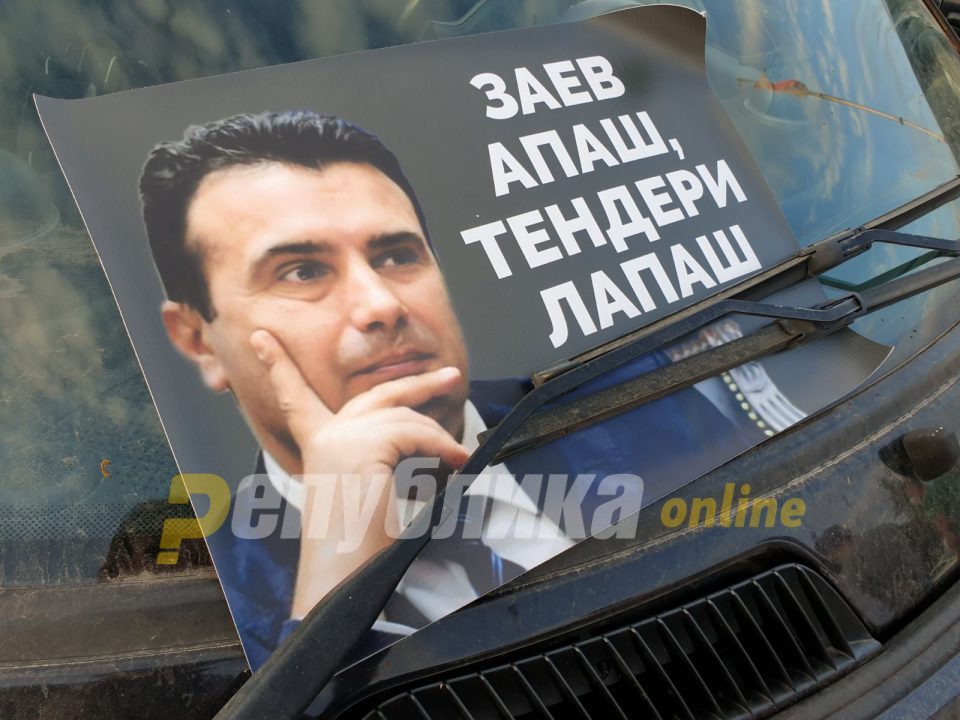 EVN serves the ruling family as a cover for money pumping, because EVN is not obliged to issue calls for tenders, the leader of VMRO-DPMNE, Hristijan Mickoski accused on Wednesday.

During a meeting with reporters, Mickoski pointed out that the electricity margin has been increased in order to pump out money. According to him, if securing property and people cost 3 to 6 million euros, now it costs 13 million euros. The owners of the security company come from Strumica, who during the Marriott Coalition presented themselves as dissatisfied members of VMRO-DPMNE and in November held a press conference in front of the headquarters of VMRO in Strumica. He accused the state of artificially maintaining cheaper electricity because because it corresponded with its policy during the referendum and elections.

They were waiting for the early parliamentary elections to end in order to raise the price by almost 8 percent. So it will be this year. ELEM no longer has the potential to sell subsidized electricity, they have exhausted all resources, the reservoirs are empty, there is no excavation in Bitola, one excavator is buried, it is not functional, the overhauls are not completed, said Mickoski