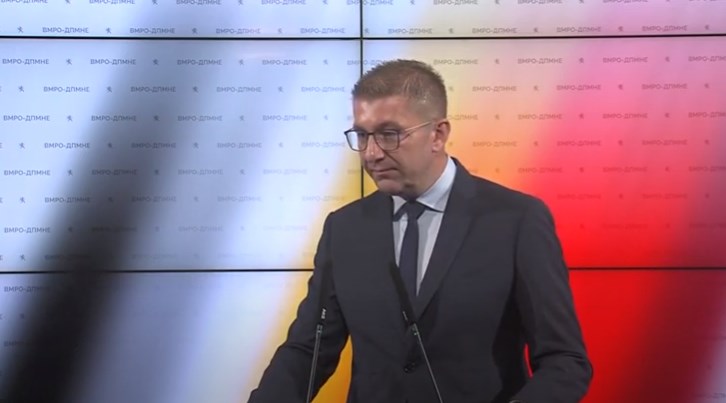 VMRO-DPMNE leader, Hristijan Mickoski, accused in a Facebook post that the government is committing a brutal robbery of the people by increasing the prices of oil and gasoline.

He explains that if we compare the August 3 decision of the Regulatory Commission (Figure 1 and 2) and the July 26 decision (Figure 3) Article 7, it will be concluded that the excise tax on diesel fuel has been increased from 15.5 to 17.5 denars per liter, in addition to that is added 18% value added tax. The citizens and the economy will pay more for diesel fuel due to this criminal move of the Regulatory Commission, by order of the SDSM / DUI coalition.

Smuggling decision with which the citizens and the economy are robbed. Why is this being done now? They simply do not have money for institutional bribery, they spent it on expensive projects with large commissions, he said.

He explained how the bribe would be carried out.

First you will all pay more expensive fuel due to the higher excise tax. The money will end up in the budget, and then the same through the Ministry of Labor and Social Affairs, together with the candidates for mayors from the government will distribute social packages and along the way will ask for support for the upcoming local elections.

Mickoski: There are no words that can express grief in such moments