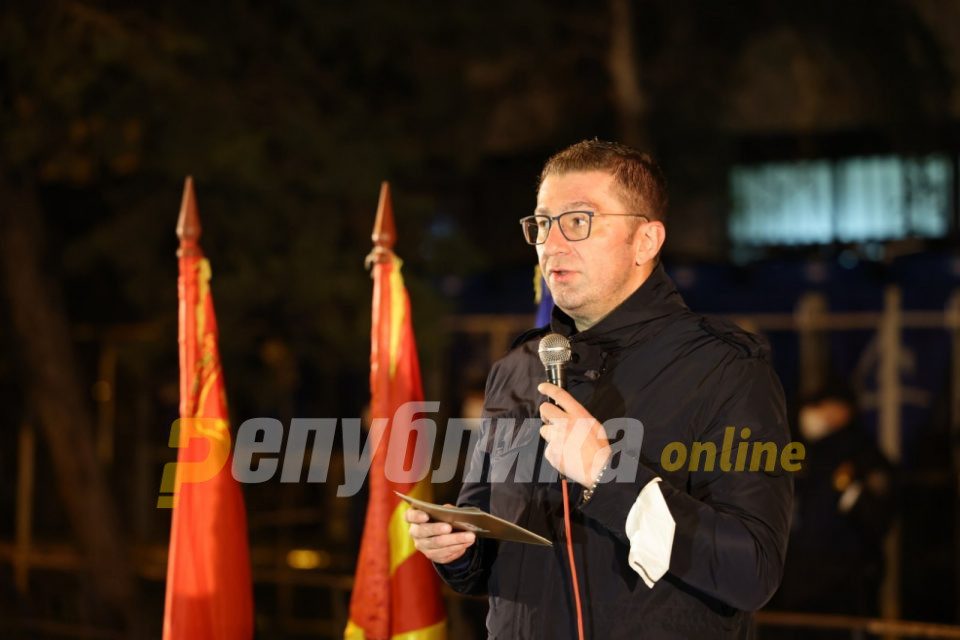 The ruling majority in Parliament rejected a number of proposal by VMRO-DPMNE, submitted to the budget, including one that would have suspended loan payments until the end of the year for citizens who lost their jobs because of the coronavirus crisis.

Mickoski said that this shows a complete lack of understanding on the part of the SDSM – DUI led coalition for the citizens who are suffering. VMRO submitted 177 amendments, and so far, of the 12 that were reviewed, only one was accepted by the majority.

About 40,000 people lost their jobs due to the epidemic.

Mickoski campaigned in Novo Selo, trying to extend his first round victory to the rural areas