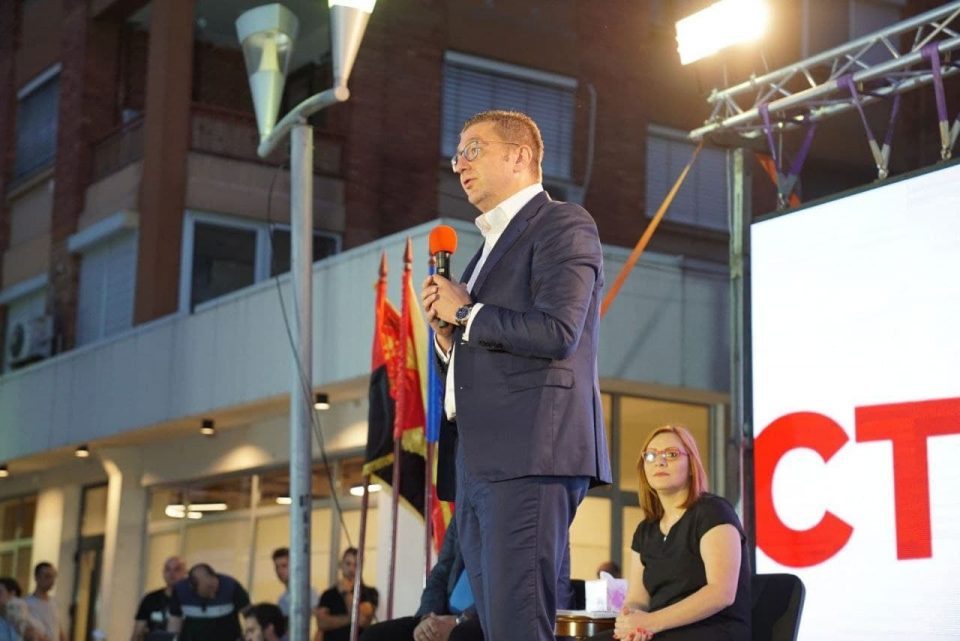 At Wednesday’s party event in Karpos municipality, VMRO-DPMNE leader Hristijan Mickoski talked about how to get an average salary of 750 euros in Macedonia in one term, legalization of cryptocurrency trading and implementation of “Blockchain” technology that is less talked about in the region, while in Europe, in the world and in the United States is a serious economic platform.

Mickoski reminded how the government failed to fulfill the promise of 500 euros salary. The government did not provide decent living conditions. That is why, VMRO-DPMNE through its program develops methodology how to get to a minimum average salary of 45,000 denars.

As regards cryptocurrencies, Mickoski pointed out that VMRO-DPMNE will formalize the cryptocurrency market and thus will enable over half a billion euros to end up in the budget.

That is half a billion euros for education, for infrastructure, for hospitals. Exactly this project of VMRO-DPMNE will bring development of the Republic of Macedonia, this project will be for the benefit of the citizens and the state. Instead of marijuana fields we will have modern technologies and more money for the people. VMRO-DPMNE offers policies for the 21st century and SDSM moves Macedonia backwards with policies from the 19th century, he said.