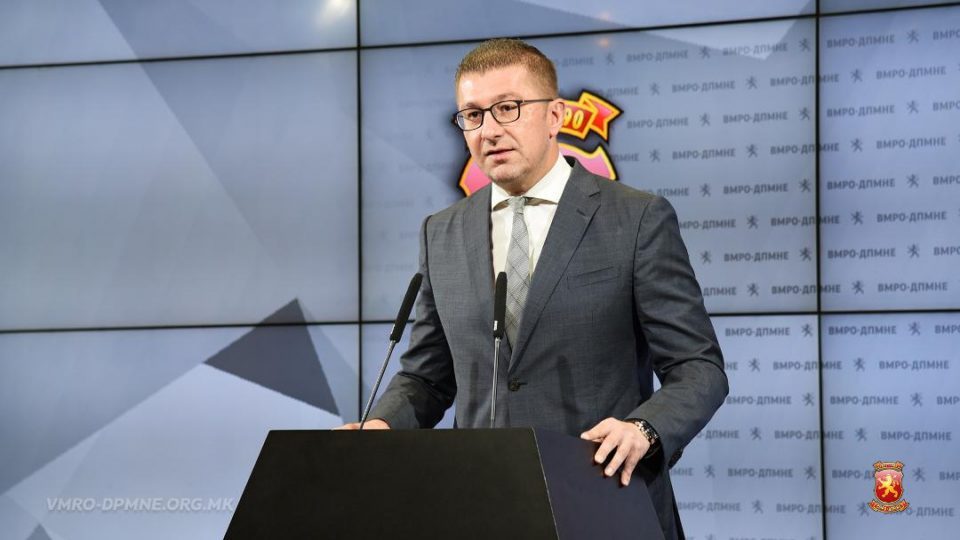 The Zaev Government implemented barely 2 percent of its electoral promises, said VMRO-DPMNE President Hristijan Mickoski during a press conference today. Mickoski announced a series of press conferences in which he will present the numerous infrastructure projects which SDSM announced in its 2016 program, 98 percent of which remained unbuilt and most of them haven’t been initiated yet. Mickoski, who was manager of the ELEM energy producing company, dedicated the first such press conference to the energy projects promised by Zaev.

In Negotino, Zaev promised to turn the oil fired energy plant into a “energy – agricultural facility”, which would a world first, since nothing like that has been planned before. According to SDSM and Zaev, this means that the plant would produce energy, and the excess heat would be used to grow vegetables that require warm temperatures. Feel free to go to Negotino and ask around if anything like this was built, Mickoski said.

A much larger near-by project to dam the Crna river at two places, which could produce a significant amount of electricity for the energy starved country, was also promised by Zaev and is also nowhere to be seen. Mickoski said that the previous administration left a complete project for the Cebren and Galiste dams and SDSM promised that they will be built quickly. 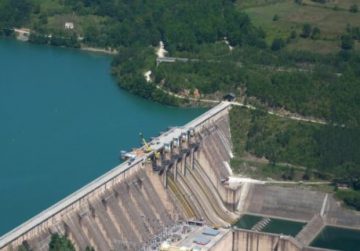 There is no sign of any construction along the Crna river today, Mickoski said.

They said the savings to the budget would amount to 120 million EUR. The previous administration, which I ran, had prepared a project for this, but the new management stopped it. For three years now the trucks linked to the “family” are being used, Mickoski said, implying nepotism in how the mining and transportation contracts are awarded in REK Bitola. “Not only those 120 million EUR were never saved, but we have serious indications of criminal activities in this energy facility”.

An attempt to install new air filtration systems in REK Bitola also failed, Mickoski said, after the contract was rescinded.

The other coal plant in Macedonia, the largely unused REK Oslomej plant near Kicevo, was promised an investment into a new coal mine. The Popovjani find could feed REK Oslomej, which is now rarely operational. “The mine has not been opened, and there is not even administrative work being prepared for it, let alone the actual work. REK Oslomej is left without its basic resource and can’t be used to prop up our energy sector. Another lie, another failed promise”, Mickoski said.

The Zaev Government inherited from its predecessors and advanced project to built inter-city gas pipelines, which was supposed to open the way for building local networks, to finally replace coal and wood which are used as heating fuel over winter, causing huge levels of air pollution. Mickoski says that over the past three years nothing was done to prepare the cities and towns to provide gas heating to their citizens.

We had initiated a call for offers for public private partnership to build the secondary and tertiary gas networks but in 2017 the Zaev Government pulled it, and with that it stopped the process that would’ve made this clean energy resource available to all. Zaev now says that he has ordered the mayors to start building the network in 2020. Even if he had the most competent mayors in the world, there is now way they can begin the preparatory work today and start digging in 2020. For where we are now, it will take at least 24 to 30 months until we do anything with regard to building the gas network, Mickoski said, adding that the Zaev Government also failed to connect Macedonia to the Trans Adriatic pipeline or to build connectors with Bulgaria and Greece.

SDSM party leader Zoran Zaev triumphantly announced the move by the European Commission to prepare its draft negotiating framework with Macedonia and Albania. The framework has yet to be accepted by all EU member states before Macedonia can actually open accession talks, and this will likely require...
Macedonia 01.07.20 | 22:52