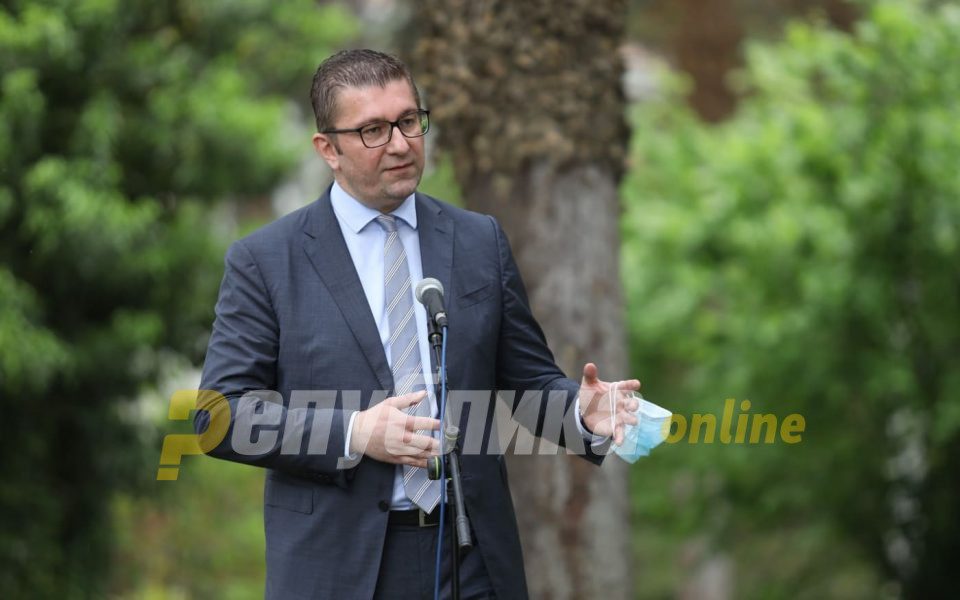 The claim that the Government poured a billion euros to help the citizens and the economy in the coronavirus caused slump is fake, said VMRO-DPMNE President Hristijan Mickoski during a Telma TV interview. Mickoski said that far less was actually distributed through the economy, and mostly used to bribe voters.

If you analyze the three stimulus packages, you can see that they amounted to 550 million EUR, and of that, just 196 million were actually handed out. We heard Zaev claim that the aid amounted to a billion EUR, but the fact is that it is not even close, Mickoski said.

He pointed to the moribund industrial sector and the IMF projection of a steep drop in BDP, as well as the tens of thousands of lost jobs as evidence that the economy is not turning around. Some of the modest measures that the Government is now proposing, such as a plan to reimburse citizens for the value added tax on spending over a three day weekend are poorly planned and made conditional. Mickoski said that the promise was for four such periods, if the measure is to have any effect.

The opposition leader pledged to propose an increase in retirement incomes and a complete abolition of the fee public university students pay – as practical steps that would improve living standards and boost spending in this difficult time.

Following the meeting of the Security Council, President Stevo Pandarovski, urged all citizens to respect all measures against the coronavirus, because the situation, as he said, is extremely serious. The situation is extremely serious, human and material resources are almost exhausted. In the absence...
Macedonia 29.10.20 | 12:22

The arrogant Spasovski: The cluster will be named after the minister who wanted to arrest guests at family celebrations, while he himself didn’t wear a face mask