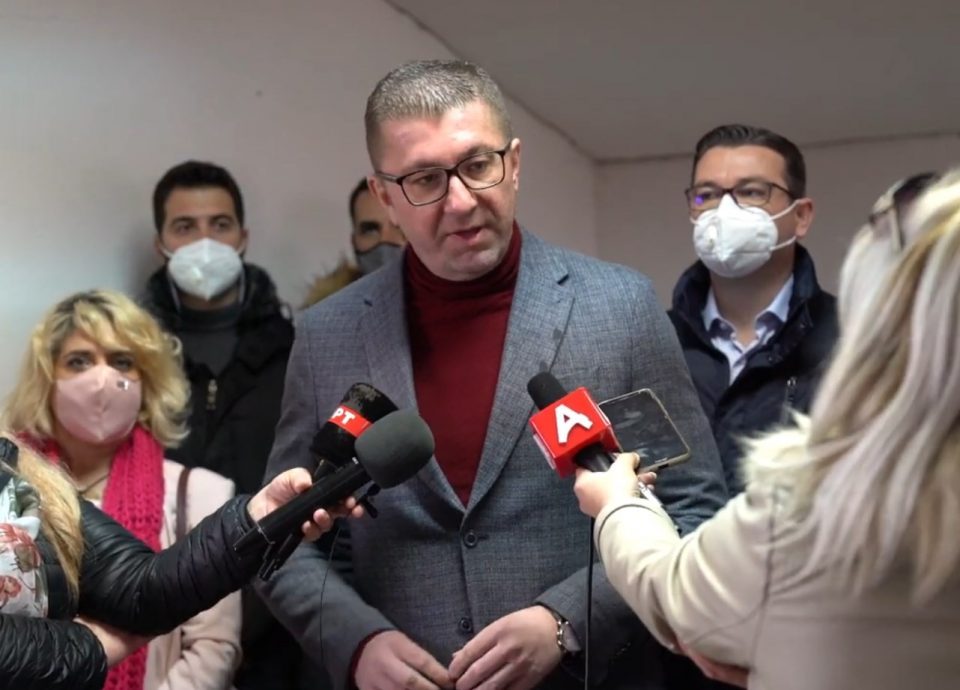 Nowhere did I see intensive realization of capital investments, which is the basis for economic growth in a country. It is not seen where roads, hospitals will be built, where investments will be made in theaters, cultural institutions and kindergartens, said Tuesday the leader of VMRO-DPMNE Hristijan Mickoski regarding the fifth set of economic measures announced by the Government.

According to the opposition leader, this is an undeveloped package of economic measures, which will not meet the needs of the economy and citizens to the extent they expect.

He added that the government is playing with petty campaigns, saying they will write off the debt of the citizens to the utility companies, if they pay the basic debt in installments, but as he said, there is no mention of the citizens who regularly service their obligations.

Mickoski said that VMRO-DPMNE will file amendments to the draft law that will come within the Committee on Finance and Budget and for those citizens who regularly service the obligations, to have certain vouchers that they can use in the future.

Regarding the measure for tobacco producers, Mickoski said that their produce remains unsold, and paid at a convincingly lowest price, and now, as he added, someone wants to further humiliate them by supporting them with 300 million denars, or 10 denars per kilogram. .

Mickoski: This is a circus, and the citizens pay too much for the ticket

Mickoski: Another proof that an incompetent mafia runs the country. Resignation of the Government immediately!