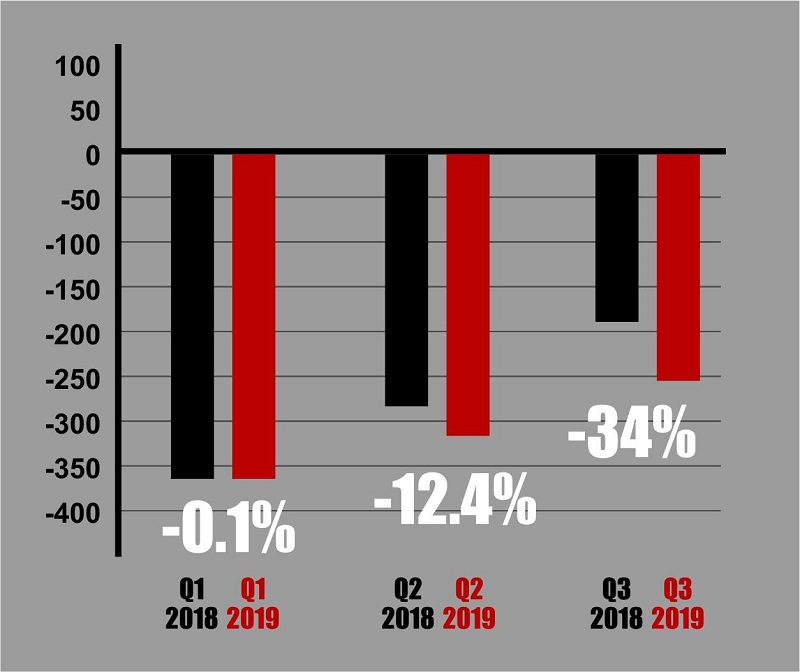 At Sunday’s press conference, VMRO-DPMNE president Hristijan Mickoski referred to Zoran Zaev and SDSM’s frauds in the economy, saying that the economic policy was catastrophic and the state was moving in the wrong direction. According to Mickoski, the year they announced as economic was the hardest and poorest.

Mickoski disclosed one of the biggest lies that Zoran Zaev and SDSM in economic point of view, and that is the announced 5% GDP growth. Since the day they were elected until the third quarter, it is not even half, ie it is not 2.5%, said Mickoski.

The minimal growth we have now is due to the production of the TE-TO plant, which as we said has a lot to do with how it operates. But what is alarming is the decline in the processing industry, which has a negative value. Nor was the average salary, which was supposed to be 30,000 denars, reached. If you compare the first quarter of 2018, when the difference in the export-import trade is just over EUR 350 million with the first quarter of 2019 you will notice that it is approximately the same, but the indicator that the economy is going in the wrong direction is seen in the second quarter, which compared to 2018 with 2019 the difference in exports with imports has increased by 12.4% in favor of imports, said Mickoski.

As time passes with SDSM in power, so does the difference between exports and imports, he said, pointing out that in the third quarter this difference is 34%, making exports 34% lower than imports compared to 2018 with 2019. 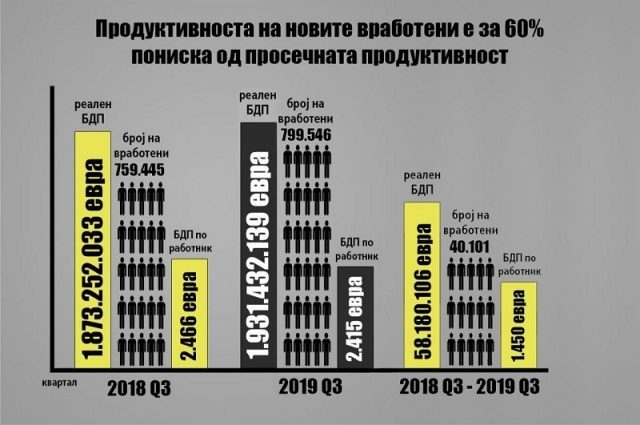 The biggest lie, according to Mickoski, is the promise that the profit tax for the IT industry will be reduced by 5%, which did not happen. Contrary to the promises of preferences for IT companies, we now have an outflow of companies abroad, fleeing from Macedonia and establishing their offices in neighboring countries, as seen by the data indicating that value added in the IT sector in the second quarter of 2019 has decreased by 4.7%.

Profit tax collection is also catastrophic, he said, namely in the period January – November we have 23.7% lower than planned, ie 20% less than the one collected in 2018.