﻿﻿﻿﻿ Mickoski: There’s nothing of Zaev’s promises, we are still waiting for the Facebook and Google investments – Republika English ﻿
Monday, 25 October 2021 25 October 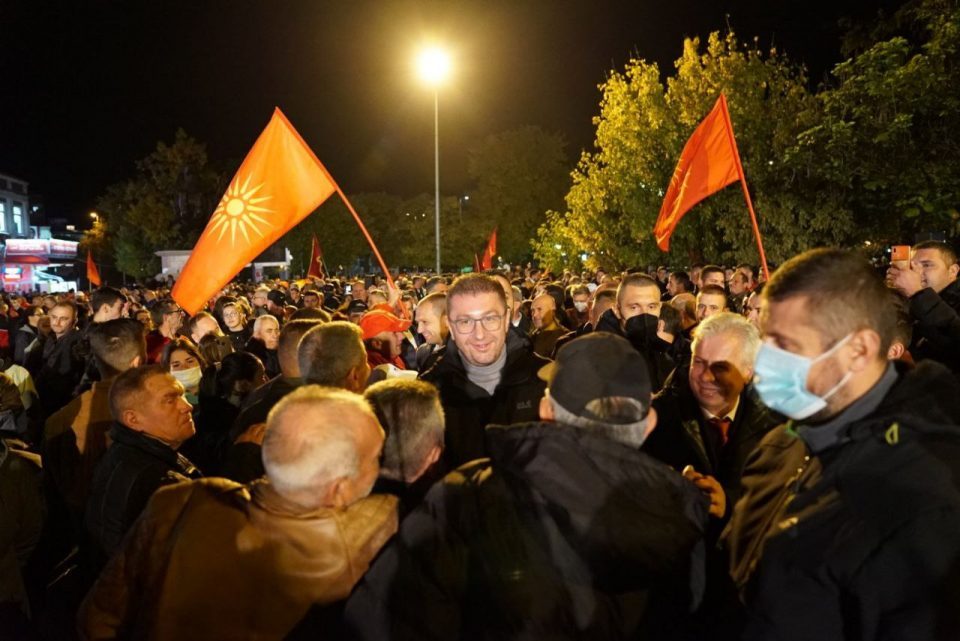 Across Europe they say he has become one of the richest officials in the Balkans and beyond, and Macedonia is at the very top in terms of misfortune and poverty. We have been waiting for four years for Facebook and Google to come and invest in Macedonia but there is nothing from Zaev’s promises of investments. There are no investments, we are the last in Europe and the region, because that’s what suits the government. This swamp suits them, in order to redistribute the capital, which can be racketeered, which can be stolen, said Hristijan Mickoski, VMRO-DPMNE leader at Monday’s rally in Prilep.

And I have to comment on recent recordings, said Mickoski, which show how books are being transported to a landfill with a tractor trailer.

Everywhere in the world books are bought because they are valuable, only here Zaev and Carovska burn them. Our knowledge with Zaev ends up in a landfill. Well, even Louis XIV would not think of that, said Mickoski.