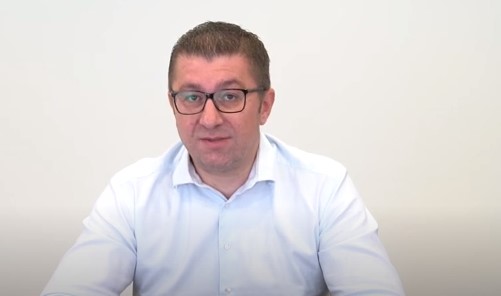 VMRO-DPMNE President Hristijan Mickoski warned about the extent of the economic downturn caused by the coronavirus crisis.

Industrial production is down 33,5 percent in April and the number of workers in the industry is down 5,1 percent. Tax receipts in May are 40 percent below projections and 25 percent for the first five months of the year. It’s as high as 47 percent in the value added tax, Mickoski said in a video statement.

The opposition leader accused the SDSM led Government of refusing to acknowledge the downturn and keeping the optimistic tax collection projections even in the revised budget outlooks. Meanwhile, capital investments, which are crucial for keeping the construction industry employed, are down to just 60 million EUR for the first five months, or just 18,5 percent of the projections.
Mickoski warned that the newly added debt in the first five months has amounted to 307 million EUR, or 615 EUR per household.