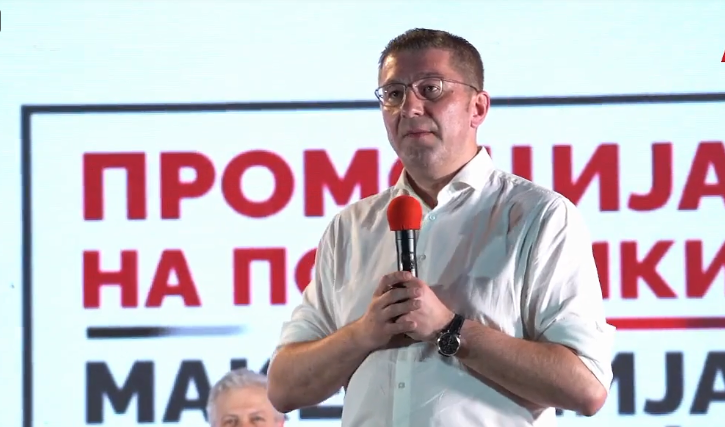 During the promotion of VMRO-DPMNE’s platform in Prilep, the leader of the party, Hristijan Mickoski, told the people of Prilep that he had come to talk to them about the future, ie what Prilep should look like in the future, and not as it is today, a city that is completely stuck in a time warp.

Mickoski stressed that Prilep functions as a city where crime and corruption reign.

A city that is ashamed of the head of the interior department who was arrested due to reasonable suspicion that he was engaged in illegal drug trafficking and many other things that unfortunately for the past four years have put Prilep at the bottom of the priorities of this government. Everything that was previously started, what was built, unfortunately, is falling apart due to the incompetence of the central government, but it also because of the incompetence of the local government, he said.

He said that in Prilep they will have the opportunity to promote the project that started there, and that is the project for construction of a new Skopje-Veles highway through Babuna to Prilep, Bitola and Medzitlija. We will also talk about the concept of a fully digitalized municipality, he added.

Here next to me is the future mayor of Prilep, Dr. Borce, a man that everyone is already talking loudly that he is the future city father and the next four years, and why not further, he will really revive Prilep and raise it from this swamp in which it is today, said Mickoski.