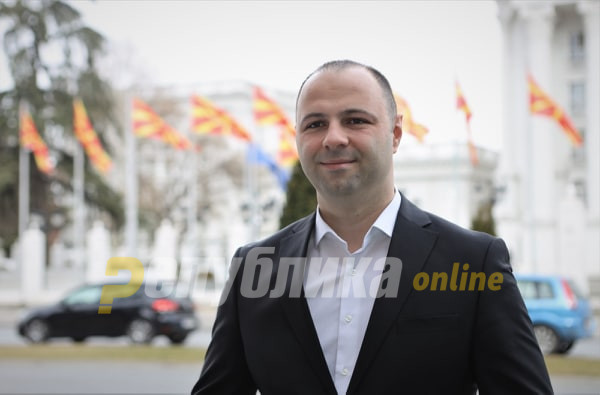 SDSM has not built a single kilometer highway. They have not begun the construction of any of those 500km highway they promised. All of these express roads you see in Macedonia that are being built, some stalled because of obstacles, and the authorities does not know how to handle, were begun by VMRO DPMNE. We left them highways, and they could barely complete them. One highway is completely stalled, and the price has skyrocketed and it becomes clear with whatever program they come up with, it’s going to be a big lie, VMRO DPMNE Vice President Vlado Misajlovski said in an interview with “Republika”.

With our program, not only we commit ourselves to complete all the roads because they must be completed, funds have been taken, some from the budget, some from international loans, but we will also build new ones. Citizens are simply expecting them and they must be completed. That is one part that is very serious, we see that they could not complete them for three and a half years. We promise 1,000 kilometers of regional and national roads to be fully reconstructed and rehabilitated with vertical and horizontal road signaling. These are very important roads because we use them every day. We can’t start anything else until these major highways are built. I think we need more, but all this will be done over the years. We commit to a huge number, but I know we can do it. It is feasible and will be done. On the other hand, we promise a new Skopje- Bitolahighway, Bitola-Medzitilija expressway, expressway from Strumica to the border, Kumanovo – Kriva Palanka expressway, as well as other road sections, ie 150km of new expressways, to complete already started projects, and many other projects will come out additionally. With these 1,000 kilometers of regional and national roads, we will be everywhere. Let everyone see that we think of all people, no matter where they come from. There will be other measures we will announce soon. Many people will benefit from our measures, because in this way of realizing capital projects, which is very miserable, neither the economy, nor construction, nor Macedonia moves forward, Misajlovski said.

According to Misajlovski, SDSM tried to make a project for the Skopje-Bitola highway, but it remained a cultural monument.

I think we should start a completely new project, a European project. It will take time, but it is a reality to have a good project. It will take some time, but in one term it may be possible to secure funds and start working. Bitola deserves to be connected. New roads need to be constantly built, in order for the state to always be ready, economy to grow, to invest in infrastructure, and on the other hand, we can apply to get many IPA funds, grants and more by designing projects, Misajlovski said.

VMRO-DPMNE President Hristijan Mickoski, who led the ELEM energy producing company, said that he is dismayed by the fact that Macedonia’s largest energy company is now operating with a huge loss. ELEM was 16.8 million EUR in the red in the past year. This is what Zoran Zaev’s policies in...
Macedonia 23.06.21 | 11:57