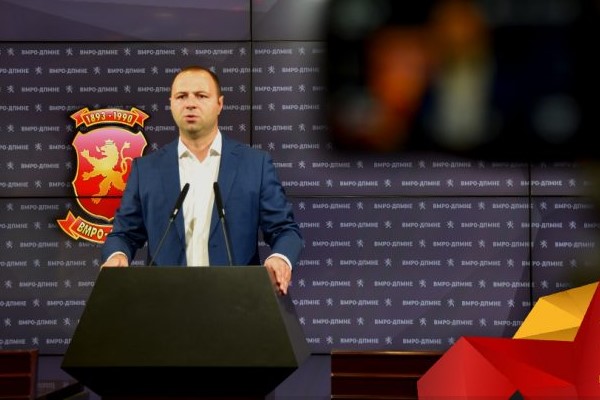 Former Transportation Minister Vlado Misajlovski pointed to the dismal results in building the infrastucture which is already planned in the budget as evidence that the economy is suffering from incompetence on the part of the Government. The Macedonian economy is strongly affected by several major infrastructure projects kicked off during the VMRO-DPMNE Government, in which Misajlovski served, and which were delayed under the Zaev Government.

Three years in a row Macedonia is suffering under the consequences of the most incompetent Government it has ever had. In seven months this year, only 24.5 percent of all planned infrastructure spending is implemented. Compare this to welfare transfers, which have hit more than 50 percent. This tells us that the economy is no life support, nothing is being built, nothing is being done. The number of new construction permits is down 1.5 percent in June, and the value of these planned projects is down by 23 percent, compared to 2018. The number of registered construction workers is down 2.5 percent. When construction and industry are stagnating, everything else is going down, Misajlovski said during a press conference in the VMRO-DPMNE offices today.

The VMRO deputy leader pointed to the fact that, while neighboring countries are raking in hundreds of millions in foreign direct investment, the equivalent number for the second quarter of 2019 in Macedonia was mere 7.6 million EUR. Consequently, tax receiptes are down 8.57 percent below projections, Misajlovski added.