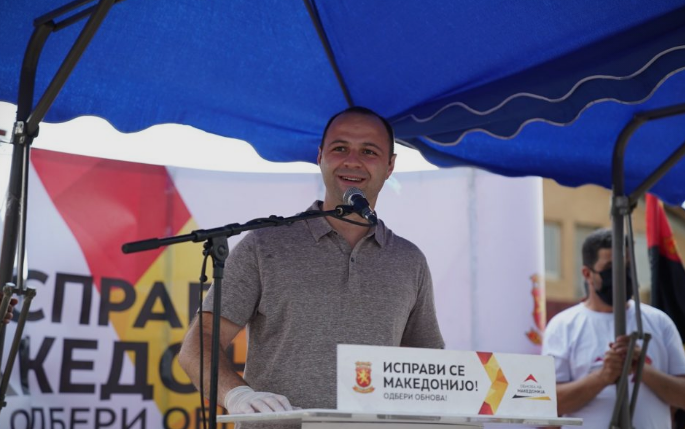 The Vice President of VMRO-DPMNE, heading the list in the 2nd electoral district, Vlado Misajlovski stressed in Suto Orizari that at the upcoming elections citizens should choose between Zoran Zaev who forgot the people and only cares about his businesses or Hristijan Mickoski an honest man who will always be with the people.

Misajlovski stressed that Suto Orizari has been completely neglected by the SDSM government and Zoran Zaev, who have neither fulfilled their promises for better infrastructure nor for a better life for young people who are leaving the country due to unemployment.

There will be many projects, 1000 km of regional and local roads that are of great need for the citizens, we pledge for higher salaries by 25%, higher pensions by 20%, and zero tax for employers of young people aged up to 29, said Misajlovski.

Misajlovski: The voice of the people is to reduce the price of electricity, this Regulatory Commission must resign

Bocvarski insists that Macedonia will become a regional gas player