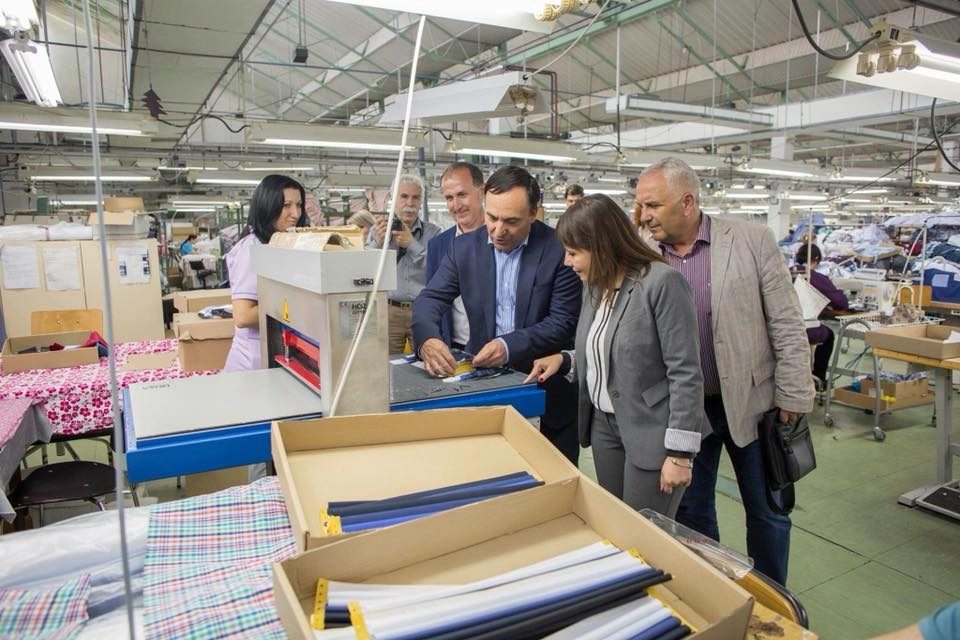 The mayor of Sveti Nikole from the ranks of SDSM Saso Velkovski posted on Facebook an invitation to the workers from “Moda” who did not have their contracts extended to appear at a meeting on Monday in the municipality’s building to find a solution for new re-employment. A government official will also attend the meeting, he said in the post, without specifying whether the fired workers will return to “Moda” or another solution will be sought.

The people of Sveti Nikole are extremely revolted by the behavior of the city mayor and think that this is a typical pre-election vote bribery.

Over 250 workers were fired from the Sveti Nikole-based “Moda” textile company in two weeks. Former MP from SDSM Angel Dimitrov, current president of the Organization of Workers and director of  “Moda” in just one day handed down 180 dismissal decisions. Employees were called one by one to be informed that their employment was terminated. These are 180 people, some of whom have provided a livelihood for their families with their income so far. It has been announced that there will be new dismissals. The fate of more than 260 employees who remain on forced leave is uncertain.

Despite the fact that the employees of “Moda” testify that they were fired, the director of the factory claims that there are no dismissal decisions.

So far, we have not handed down dismissal decisions to the employees of “Moda”, the head of the factory, Angel Dimitrov told Pressing.

According to him, only the contracts of people who had fixed-term contracts were not extended.

On the other hand, employees of “Moda”, who were fired, explain to “Republika” how the meetings with the management looked like.