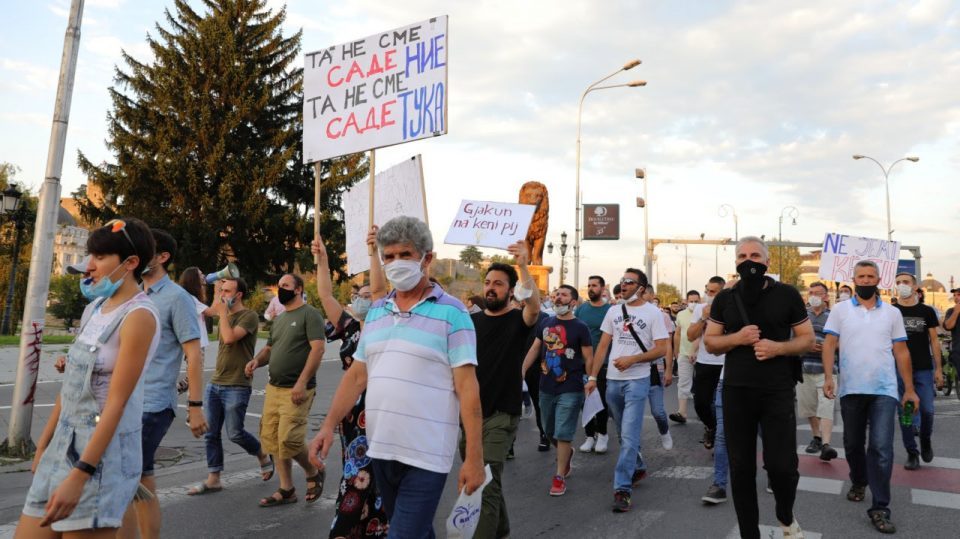 Carrying banners reading “Enough is enough”, “You are torturing us”, with a march starting from two locations all the way to the government building, several hundred people took part in a protest against the increase in electricity prices.

In the midst of a pandemic, with many citizens losing their jobs and wages being cut, many governments in Europe have cut electricity prices during the crisis. But that was not the case here. In our country, the price of electricity has increased. EVN, MEPSO, ESM suffered because of the crisis. And the citizens do not suffer? What is more important? The profits of the capitalists and the housing of party soldiers or the standard of living of ordinary citizens? We must not allow this blow to our back! Let’s raise our voice! It is up to us! Let us unite, Macedonians, Albanians, Roma, Turks and others, let us unite and oppose it! We should not allow the increase in the price of electricity to pass, said the organizers.

They demanded the immediate cancellation of the latest decision of the Energy Regulatory Commission to increase the price, the Government to dissolve the Energy Regulatory Commission, the establishment of an independent body in the service of citizens to check the quality of energy services, the Government to return private companies for distribution of electricity under state administration and reduction of the price of electricity by 46 percent.

Today, protests against the increase in electricity prices were also held in Tetovo, Gostivar, Debar, Kicevo and Struga.