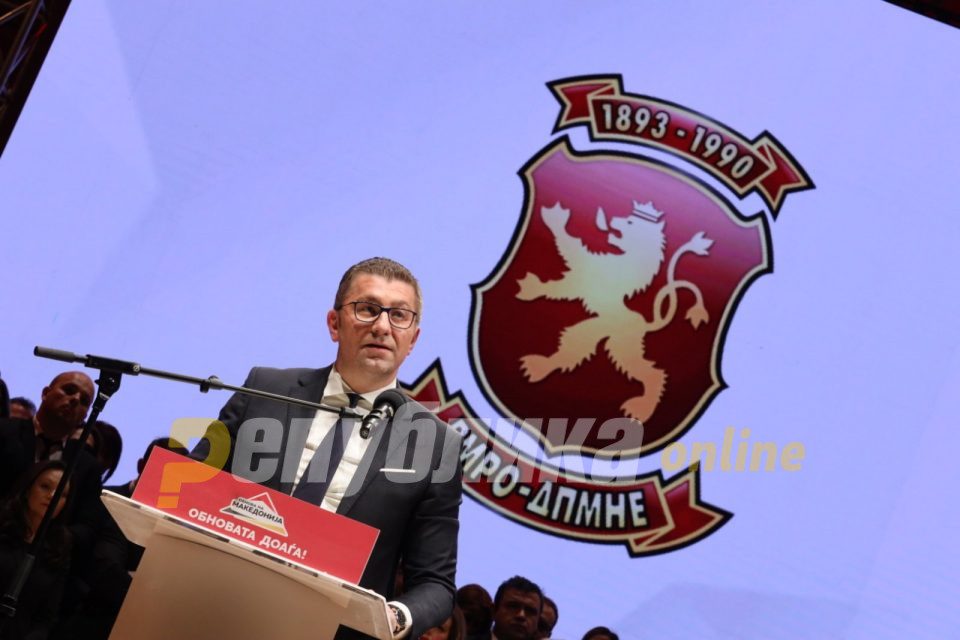 VMRO-DPMNE President Hristijan Mickoski warned that Macedonia will see a major rise in its debt under any of the various economic forecasts that are being put forward. The economic drop is now expected to be around 4 percent and could go as high as 7 percent, while the pace of lending for the year is going to be astronomical.

Macedonia’s public debt was at 5,54 billion EUR at the end of 2019, or between 48 and 49 percent of GDP. On April 1st Finance Minister Nina Angelovska informed the public that under three scenarios the additional deficit would added because of the coronavirus is going to be between 700 million EUR and 1,3 billion EUR. This means an increase of our debt to GDP ratio to between 59,5 percent and 63,7 percent. This is all under the assumption that we receive external funding for our deficit, which is going to be crucial in order to keep companies alive and their workers employed. And this is only servicing the budget deficit, assuming there is no need for additional loans that would protect the macro-economic stability, Mickoski said in a video address from his home where he remains in self-isolation after both he and SDSM party leader Zoran Zaev were interviewed by a journalist who was later found to be Covid-19 positive.

With all this in mind, Mickoski said, Macedonia can easily expect to see its public debt reach the level of 70 percent of GDP. Mickoski accused Angelovska and the Government of being too slow to accept the recommendations from VMRO-DPMNE to protect the economy. He called on the Government to make the assistance that is being made in the form of grants, not loans, and to relax fiscal policies in order to allow the companies to recover.

Finally, Mickoski strongly condemned the increase in the gas tax, that was proposed by the large SKM chamber of commerce. “This type of cronyism is unheard of, to have a few large companies ask that the costs of many other companies are increased, not to mention to call that the cost of living for all citizens is increased as well”, Mickoski said.