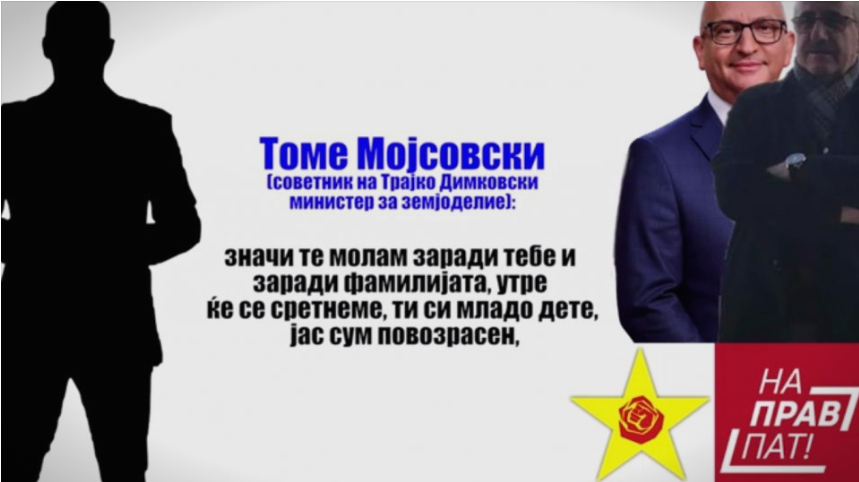 “Ekonomski Lider” has obtained a scandalous audio recording of a conversation between Tome Mojsovski, Adviser to the Minister of Agriculture Trajan Dimkovski and a person employed in the Ohrid Inspectorate.

The recording features Mojsovski, who is considered one of the closest people to the minister, blackmailing the Ohrid inspector to cancel a concession, and if he fails to do it, he is forcing him to resign.

It is scandalous that the Minister’s office, contrary to the laws, directly calls for the cancellation of a concession, and tells there the inspector that he should resign if he fails to do it.

Social Democrat Mojsovski, in a mafia style, says to his subordinate:

If you don’t do it, get a request and resign. I have nothing else to say to you bro, until some greater things come, that means please, for you and your family, tomorrow we will meet, you are a young child, I am an elder, please, so I told you two things, first clear everything and disassociate yourself and second, if you can’t disassociate yourself, look for another solution, this is not good, neither for you nor for… says Tome Mojsovski in the recording.

In part of the conversation, the blackmailer says he does it on behalf of the minister.