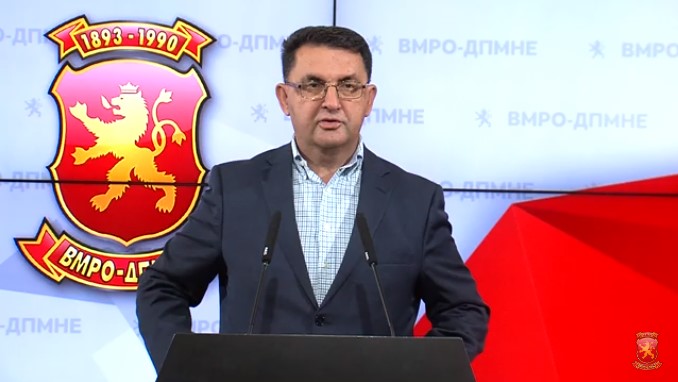 The European Commission progress report on Macedonia reveals that there is practically no progress in the economy, said VMRO-DPMNE official Trajko Slaveski.

The Commission finds almost negligible progress in the two economic criteria – a functional market economy and ability to face competing pressures in the market. We are far from meeting both criteria, which means that Macedonia has a long way to go to get closer to the European Union standards. Criticism is mostly aimed at the structure of public spending, at the Government’s policies meant to support companies, financial aid and the structural issues with the economy. As an opposition party, we have pointed out to the same issues, such as the lowering of infrastructure investment from 12 percent of total spending in 2012, down to mere 6 percent now, said the former Finance Minister.

Slaveski also points out to the objections in the EC report, which notes the lack of transparency in the distribution of financial assistance to corporations, which distorts the market. The report finds the industrial growth below the average for the previous five years, the high levels of gray economy and the opaque ways of contract enforcement.

Mickoski: The government is late with the measures to help the economy, now it is too late for measures, we need a strategy

A quarter of Macedonians say they, or someone close to them, have lost jobs due to the coronavirus epidemic

Osmani: No quarantine proposal, restrictive measures do not work