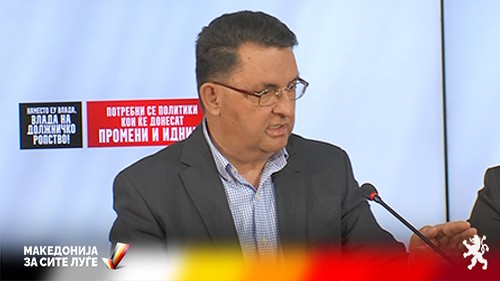 Former Finance Minister Trajko Slaveski warned that the Government is failing to control the inflation and the growing economic crisis, while failing to build up on the significant reforms VMRO-DPMNE implemented for a decade until 2016.

The VMRO-DPMNE Government began to implement reforms since 2006, and they were crucial in handling the subsequent global crisis. We were one of the best performers during the global crisis, which is now not the case. Since taking power, SDSM had one unsuccessful attempt to bring down our flat tax regime, and that was it, there were no other reforms, Slaveski said.

He said that the inflation spike we are facing is not only imported and out of control of the Government. “IMF warns that inflation is rising not only from the rise in food and energy prices, but also from the double digit increase in the minimum wage”, Slaveski said.