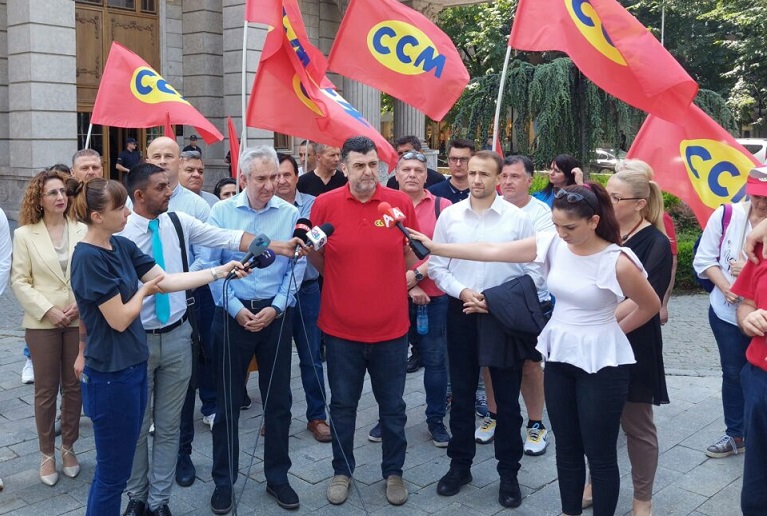 The members of the Federation of Trade Unions of Macedonia (SSM) today realized the general strike of public sector employees in front of the Ministry of Finance building, where they again demanded their request for a linear salary increase of 2,806 denars for each worker to be inserted either by amendment or through the general collective agreement.

The President of SSM Darko Dimovski called on the Minister of Finance to accept this request because, as he pointed out, it was supported in accordance with the increase in prices of food, oil derivatives, electricity.

SSM Secretary General Trpe Dejanovski said that employees are not looking for luxury, but a way to survive inflation.

During the strike today, several MPs from VMRO-DPMNE, SPM and Besa appeared, who supported the request of SSM, and pointed out that within the Committee debate on the supplementary budget, in the end they will vote as a committee proposed amendment. The MPs urged SDSM and DUI to vote for this law, or even to propose it themselves as an amendment in order to meet the needs of the employees.

Inflation watch: Cost of living rose by 6.4 percent since January

Largest union demands a 50 EUR wage increase across the board