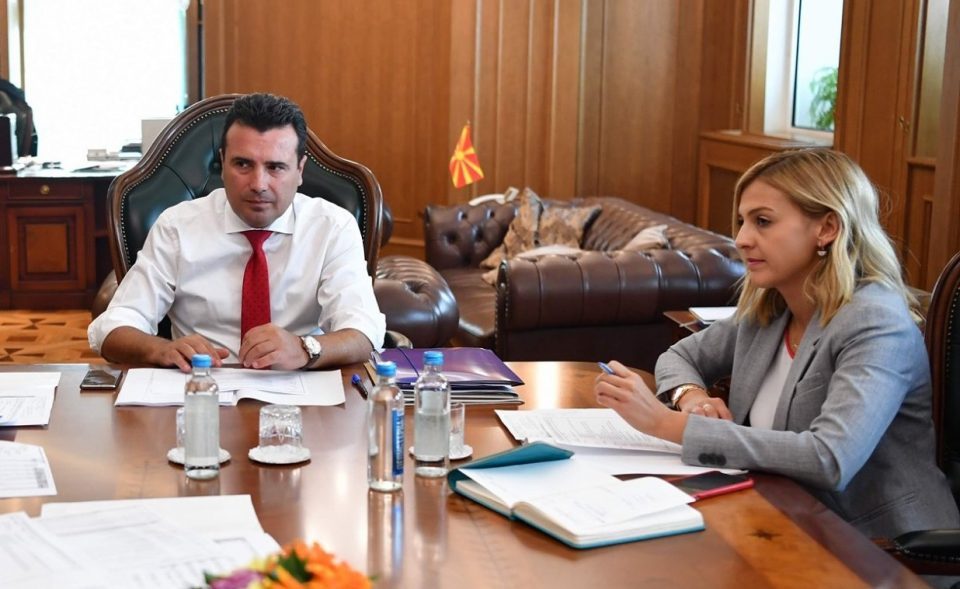 The Infomax news site reports that a tense meeting between Zoran Zaev and Finance Minister Nina Angelovska took place yesterday. The topic was the exploding deficit in the budget, and the situation was reportedly so tense and Zaev’s approach was so hard that Angelovska couldn’t hold back tears, Infomax reports.

Nina was faced with insults to her ability and threats coming directly from Zaev who was angry about the lack of funds in the budget. Zaev was exceptionally anxious about the state the budget is in and he blamed Nina for it. There is not enough money in the budget to fund the third portion of the stimulus program which Zaev is counting on, reported Aleksandar Mitovski, the editor of Infomax, who has uncovered a number of scandals involving Zaev and his SDSM party in the past months.

The package is supposed to provide vouchers of 100 to 150 EUR to individuals from less well of families to be used for spending on consumer goods, education and vacation. The SDSM party is counting on the economic package in the run up to the elections and is campaigning strongly on it, to the point that the Anti-Corruption Commission today warned the Government not to use the public spending package in the SDSM pre-election campaign.