We are on the route of what was supposed to be a Gradsko – Prilep expressway. However, from what we see here, there are no construction activities, ie the government, the ministers, despite the fact that the current and former ministers announced many times that this road will be completed in 2020, there are no ongoing construction activities here. 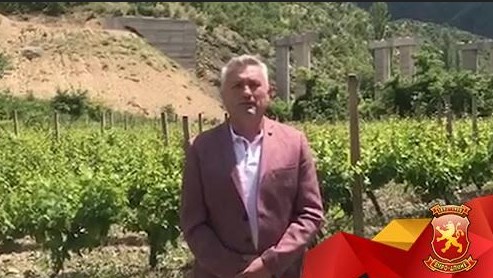 Lies, corruption, crime and unemployment are a feature of the ministers in this Government, says the Secretary General of VMRO-DPMNE Gjorgija Sajkoski. 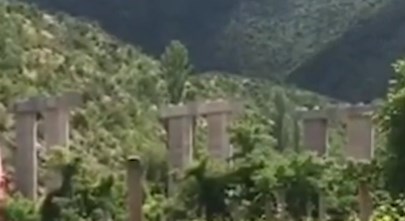 He says that from the ground it can be seen that there is nothing from the expressway and everything is left to oblivion.

We urge the ministry, the authorities, the Government not to lie, not to manipulate the citizens. Because one i held responsible for crime, corruption and failure to complete the work. Huge funds have been spent, money, but unfortunately today we cannot see that there is an expressway here. The citizens of this region are damaged. Instead of a rapid flow of goods and services, today we have a ruined road for which funds have been spent and nothing has been done. Dear gentlemen in power, be aware and someone must be held accountable for the fact that you have not done anything, Sajkoski said.

Sajkoski: This is the largest budget in the history of Macedonia, and no one knows where 4 billion will go