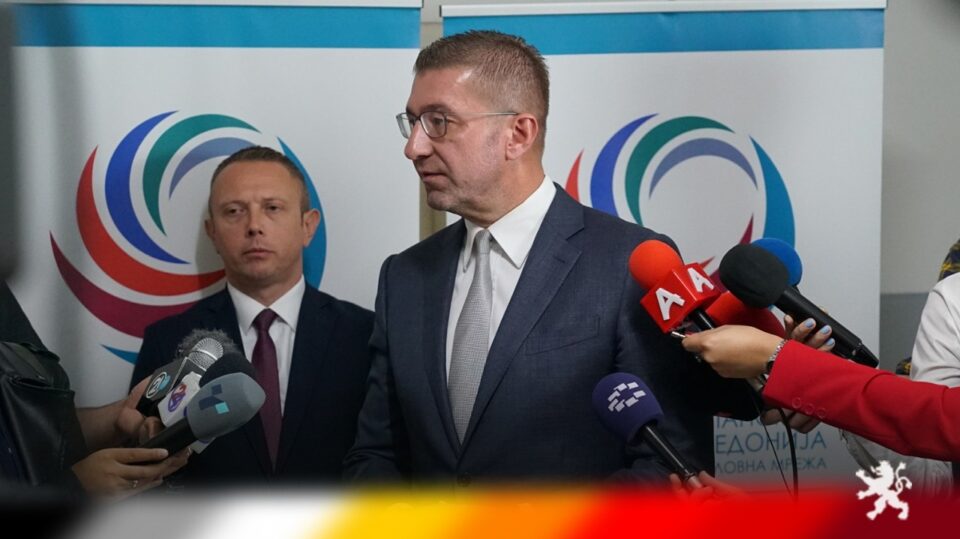 VMRO-DPMNE leader Hristijan Mickoski and representatives of the party’s top leadership held a meeting with the leadership of the Union of Chambers of Commerce of Macedonia. The meeting focused on the current situation in the country and the challenges faced by businesses.

At the meeting, they concluded that the lack of ideas in the energy sector and the energy crisis are transforming into a financial crisis.

Mickoski informs that the plan for dealing with the crisis, which he presented to the Union of Chambers of Commerce, envisages activating all domestic production capacities that will provide twice as cheap electricity for the business community.

With this, we will also provide a resource with which the users of central heating in Skopje will not receive increased heating bills, says Mickoski.

Mickoski announced that VMRO-DPMNE will submit a proposal to amend the Law on Energy.

We demand that all enterprises that perform a public activity in the area of communal services, and water management, but also facilities in education, and facilities in public health be returned to where they belong, on a regulated market. If they continue to function like this, they will increase prices by at least two or three times, and the industry and citizens will feel that shock. They will cause further loss of jobs and a further decrease in the purchasing power and standard of citizens. We believe children should not learn online but should be where they belong, at school desks. And finally, the third, the public health institutions that are drowning in debt, to make it easier for them to function. Instead of profits ending up in companies that resell electricity, use those funds to improve patient health services and patient care, said Mickoski.