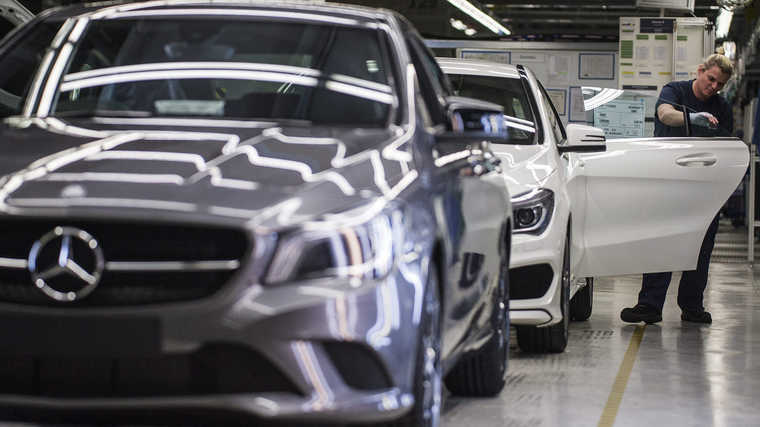 Although Mercedes-Benz has produced record sales, the German carmaker’s profit fell by 11 million euros to 2.7 billion euros in the last quarter of 2019. The profits slumped as a result of heavy investments in electric technology and the legal costs of the so-called “dieselgate” scandal, Daimler AG chief executive Ola Kallenius said on Tuesday. Parent company Daimler announced that it’s planning to cut 15,000 jobs worldwide until 2022, five thousand more than initially planned, the V4 news agency reported.

Mercedes-Benz recorded a fourth quarterly loss of 11 million euros at the end of 2019, compared to a profit of 1.64 billion euros in the same period in 2018. The German automaker’s net profit fell by two-thirds, to 2.7 billion euros for 2019. Daimler’s leading brand, Mercedes-Benz, sold a record number of 2.385 million vehicles last year. The German carmaking conglomerate sold a total of 3.344 million cehicles in 2019, slightly less than the 3.352 million cars sold a year before.

Chief executive Ola Kallenius explained on Tuesday that Daimler AG’s negative performance in 2019 was due to significant investments in the field of electric and self-driving vehicles. Although Daimler – just like the other German car manufacturers – also fell behind Tesla, a market leader in developing electric vehicles, it is becoming increasingly clear that the future of mobility lies in environment-friendly e-cars and self-driving vehicles.

In December, Daimler had a workforce of nearly 300,000, with most of its employees working in Germany (173,800), the United States (25,800) and China (4400). However, this number will see a significant drop in the coming years as the groups announced that it would cut 15,000 jobs globally by 2022, according to the German Handelsblatt newspaper. In November last year the company said it would cut at least 10,000 jobs worldwide as its short-term plans include the selling or closing down of loss-making brands, and focusing on the development of environment-friendly technologies. The European Federation for Transport and Environment reminded European carmakers that they must grow their e-car sales by 10-18% in the next two years, if they intend to avoid a fine of nearly one billion euros.