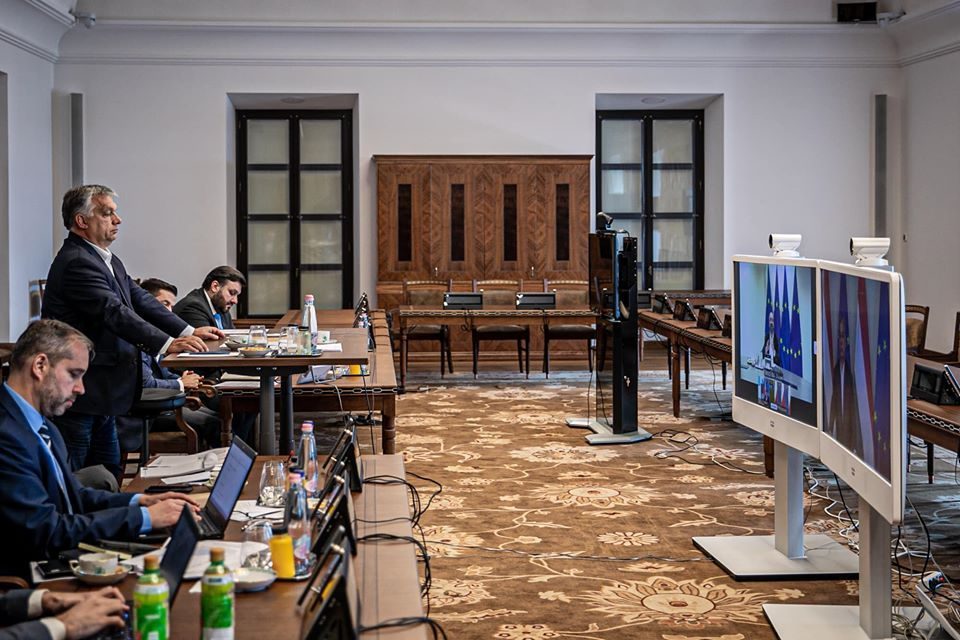 The leaders of the V4 countries jointly came out in opposition to the proposed package for economic renewal, that is being prepared by the European Commission. The leaders of Hungary, Poland, the Czech Republic and Slovakia met with the President of the European Council Charles Michel to discuss the issue with the package that is supposed to entail hundreds of billions of euros in loans that will be diverted toward projects in various EU member states.

The prime ministers of Hungary, the Czech Republic, Poland and Slovakia are working together to make the European Commission’s proposal fairer and more flexible, after it was rejected by the premiers of the Visegrad bloc. The politicians also agreed to continue their work at the upcoming V4 summit to be held in the Czech Republic next week, and they await further information on the EU’s proposed borrowing plan, as its details are still unclear, the V4 news agency reported.

During their meeting with Charles Michel, the leaders of the V4 countries made it clear that they were ready to cooperate constructively on European economic development plans, adding that the issue requires additional, in-depth analysis. Hungarian Prime Minister Viktor Orban said that the V4 leaders will meet in person next week in Czechia to discuss the issue in more detail and to propose alternatives to the plan.