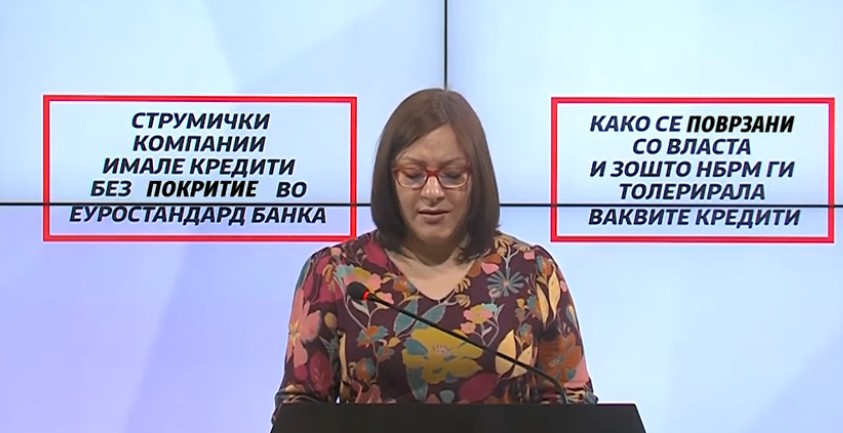 VMRO-DPMNE official Gordana Dimitrieska – Kocoska called the prosecutors to investigate which companies from Strumica, linked to the SDSM party, had non-performing loans with the collapsed Eurostandard Bank.

The bank lost its licence on Wednesday, shocking the relatively stable banking sector in Macedonia and leaving depositors in uncertainty as to when they can expect to see their deposits back. Dimitrieska said that the small bank accounted for a fifth of NPL loans issued by all Macedonian banks.

How is it that such a small bank was able to issue so many non-performing loans? It is also good to look into the companies from Strumica who were allowed to take out loans with no collateral and into their links with the Government. Many companies will be destroyed in this development that was timed for after the elections, and the depositors of companies and citizens remain unprotected, Dimitrieska said.

Shell companies who took out loans in Eurostandard Bank could be allowed to avoid paying them back, depending on the outcome of the bankruptcy procedure.