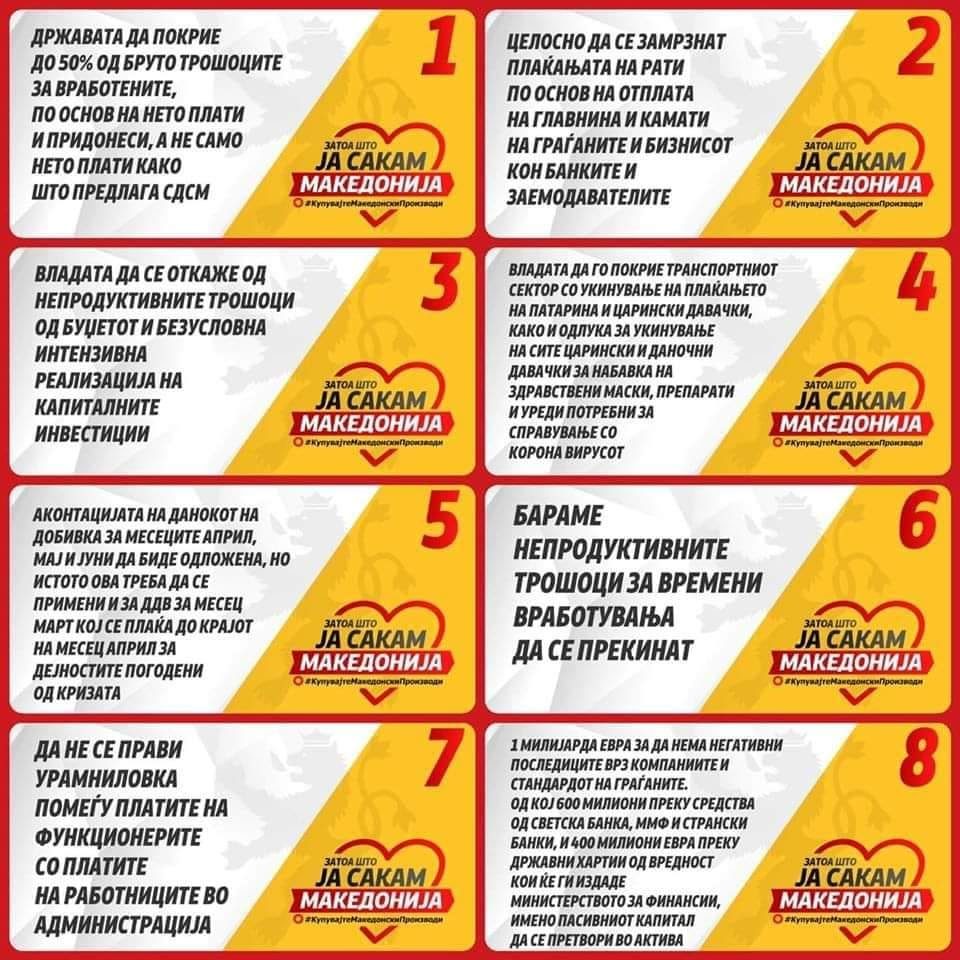 VMRO-DPMNE suggest the government to implement the following measures to tackle the cornavirus crisis.

1. Government to cover up to 50% of the costs for employees, on a net salary basis and contributions, not just net salaries as SDSM proposes

2. To completely freeze the loan payments of citizens and companies to banks and lenders

3. Government to give up unproductive costs from the budget and unconditional intensive realization of capital investments

4. Government to cover transportation sector by abolishing the payment of tolls and customs duties

5. Аdvance payment of income tax for the months of April, May and June to be postponed

6. We demand that unproductive temporary employment costs be cut

8. 1 Billion euros to prevent negative consequences on companies and the standard of citizens, 600 million of which will be provided through World Bank, IMF and foreign banks and 400 million euros through government bonds